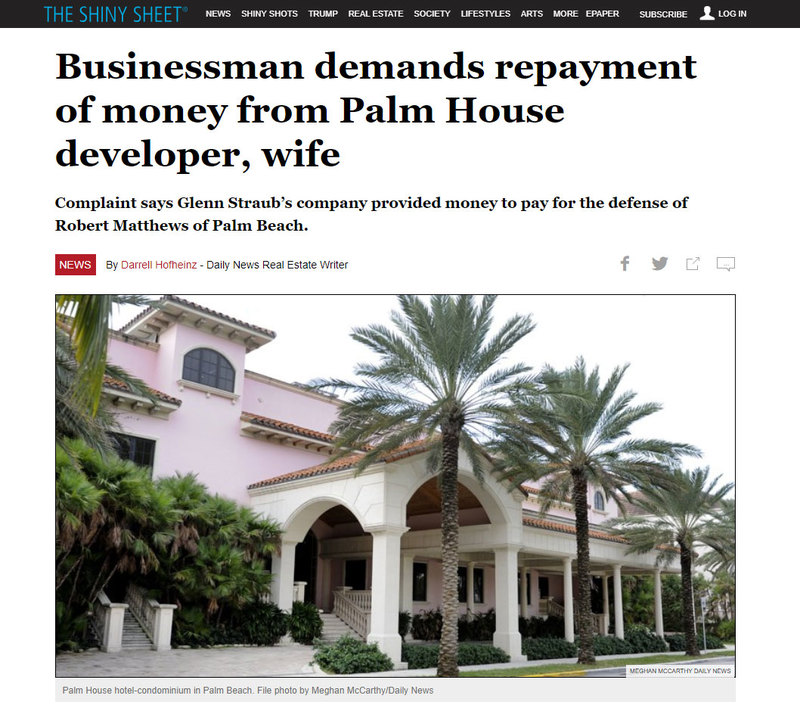 A prominent Wellington businessman and real estate investor is demanding the return of at least some of the $150,000 his company provided for the criminal defense of a cash-strapped Palm Beach developer, according to court documents.

These newly filed documents say a company controlled by Glenn F. Straub wired the money in late May to the trust account of a Connecticut-based law firm representing developer Robert V. Matthews. Matthews is awaiting trial in a Connecticut federal court on 21 counts of fraud, money laundering and tax evasion. Filed in March, the charges stem from alleged financial improprieties at the bankrupt Palm House hotel-condominium renovation project. Matthews has pleaded not guilty. 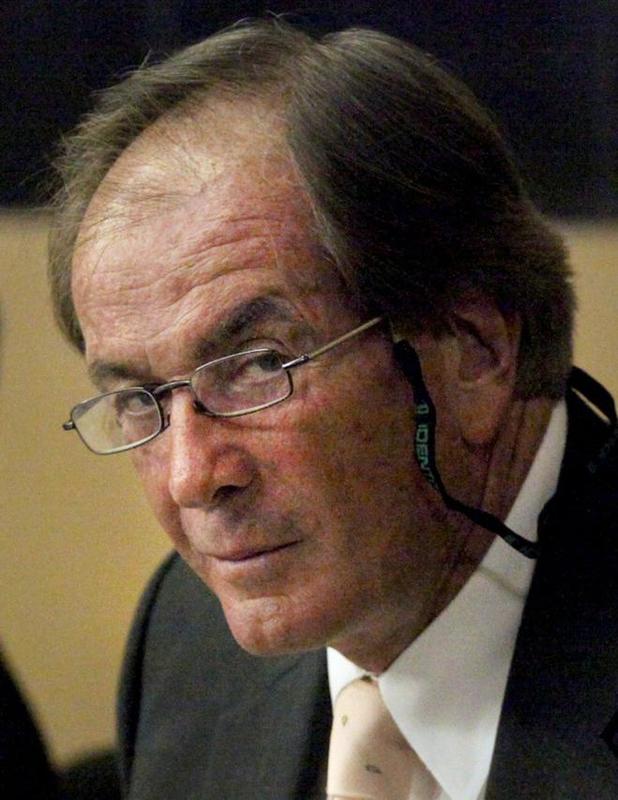 Straub and Matthews have a long and convoluted history at the Palm House, 160 Royal Palm Way, where construction ceased abruptly in late 2014 amid a swirl of legal entanglements that have only grown more complex. The legal actions include not only felony charges of fraud and money laundering against Matthews and others but also civil charges of securities fraud brought by the U.S. Securities and Exchange Commission.

Straub is a former owner of the Palm House, and one of his companies holds a $27.5 million mortgage on the property. That unpaid loan led to a foreclosure suit and was more recently listed as the lead secured debt in the Palm House’s Chapter 11 corporate bankruptcy case.