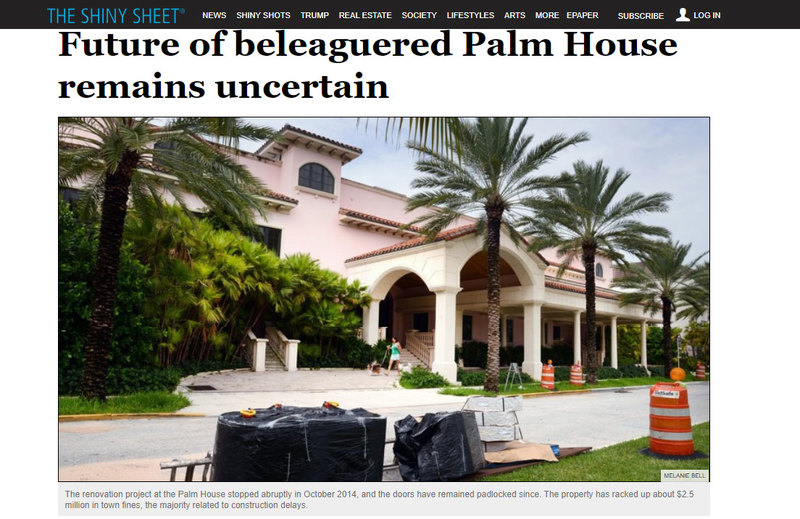 Both men are facing charges of wire and bank fraud and illegal monetary transactions brought by the U.S. Attorney’s office for the District of Connecticut based on a federal grand jury indictment.

Matthews, 60, and Evans, 70, were arrested March 15 at their Palm Beach homes. Both have been free on bond but with different conditions.

Evans appeared before U.S. Magistrate Judge Holly B. Fitzsimmons. He posted a $250,000 bond on the day of his arrest and his bail conditions were not changed by Fitzsimmons, said his attorney, Stanley A. Twardy Jr. of Day Pitney LLP.

“We believe that the government has misconstrued Mr. Evans’ role in the Palm House, and he looks forward to his day in court to vindicate himself,” Twardy said.

David A. Ring, Matthews’ attorney, confirmed that Matthews pleaded not guilty to all the charges. But Ring, of Wiggin and Dana, had no other comment.

The indictment charges that Matthews, Evans and others conspired to scam foreign investors out of money intended to help build the Palm House. That money was solicited through the federal EB-5 program, which offers foreign nationals and their families expedited permanent immigration visas — commonly known as green cards — into the United States in exchange for investing in U.S. construction projects under specific rules.

Offer may be coming soon

An investment group that includes an owner of the still-unfinished Palm House hotel-condominium on Royal Palm Way is preparing to make an offer soon to buy the beleaguered development, an attorney said in March.

The attorney, C. Brooks Ricca, of the West Palm Beach law firm C. Brooks Ricca & Associates, represents real estate investor and developer Ryan Black, 33, who has been identified in court documents as owning 1 percent of the Palm House property. Ricca would not disclose how much money might be offered for the property.

The Palm House property today is overseen by court-appointed receiver Cary Glickstein, the outgoing mayor of Delray Beach. Glickstein said in March that the court has authorized him to pursue an agreement with a brokerage firm to market the property for sale. Any sale also would have to be signed off on by the court.

The Palm Beach Town Council in April extended for another 120 days its suspension of a $2,000 daily fine against the Palm House.

It was the fourth time the council extended the fine abatement at Glickstein’s request.

The council initially abated the fine in December 2016 while attorneys worked to secure money to pay the $2.5 million the owners already owe the town. During the abatement period, the court has made money available to the receiver to keep the property secured and to pay code enforcement fines levied by the town against the property. Glickstein said all but $16,000 of roughly $300,000 in code fines have been paid to the town.

He said he is working to get court permission to get the rest of that money and pay off the code fines.

“We hope to have that completely satisfied,” Glickstein said. “If nothing else, the receiver has somewhat served as an unpaid debt collector for the town.” He said the Palm House site is much safer and the aesthetics are much improved.

In January, the council extended zoning approvals for the Palm House for another year while Glickstein tries to sell the property.