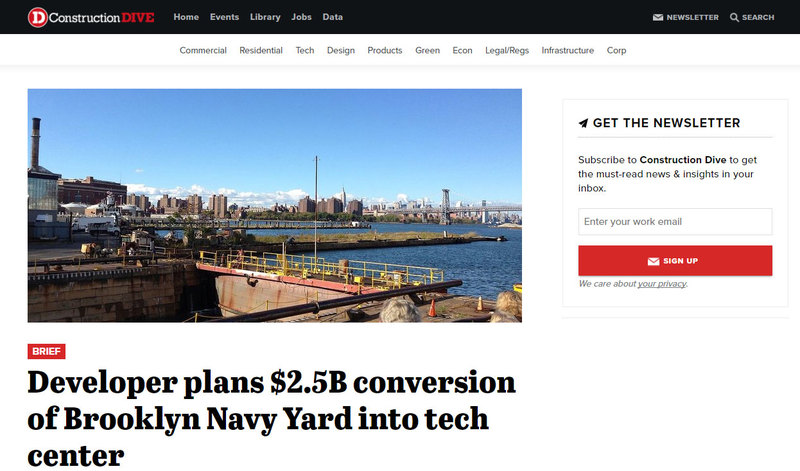 The New York City Regional Center (NYCRC) announced earlier this month that it paid back a group of Indian EB-5 investors who put money into an expansion of Steiner Studios, one of the businesses already in operation at the Navy Yard. According to the NYCRC, the expansion was not only to allow Steiner Studios to increase capacity, but to promote the Navy Yard as a center for media production.

The EB-5 program, in exchange for a $500,00 to $1 million investment into a qualified project like Steiner Studios, gives certain foreign nationals a spot at the head of the green-card processing line, though it does not guarantee that the application will be approved.

Other high-profile New York City projects have used EB-5 funding, including the 26-acre Hudson Yards development in Manhattan. Hudson Yards developer Related Companies, as of January 2017, had reportedly secured approximately $600 million through the program and had spent $1.4 million to lobby lawmakers for an EB-5 expansion.

Federal legislators have considered letting the program expire after some high-profile cases of abuse emerged, but it has continued to be reauthorized.

As part of the temporary measure that re-funded the federal government to Feb. 8 after a three-day shutdown, the EB-5 program was reauthorized again, reported Lexology. According to The Economic Times, it is expected that the U.S. will raise investment minimums from their current levels the next time the program is renewed.