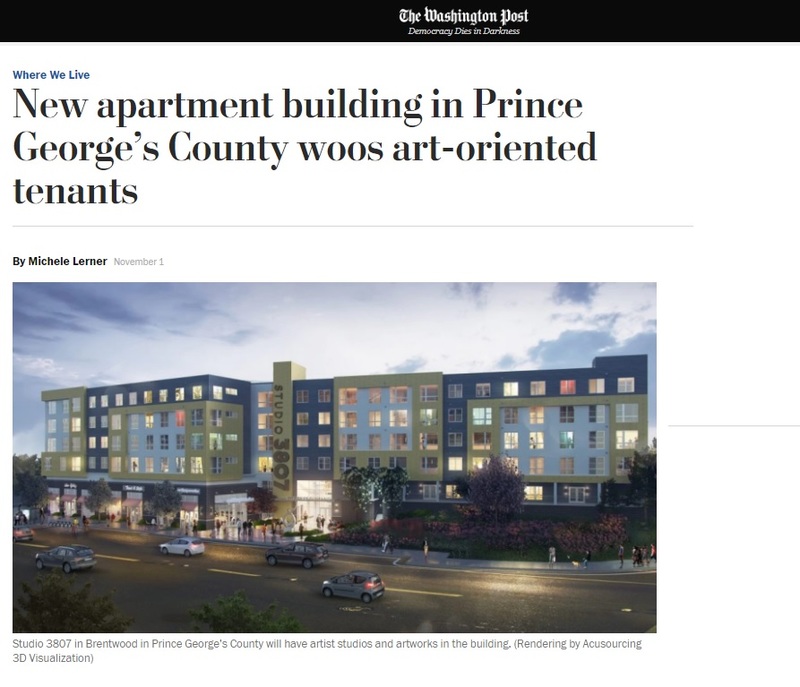 The Gateway Arts District, which encompasses Mount Rainier, Brentwood, North Brentwood and Hyattsville in Prince George’s County, was established by the county in 2001 to use the arts to promote economic development.

The developer of the 147-unit building, Landex Development, has commissioned $200,000 worth of art for permanent public display at the building. In addition, Studio 3807 will have a regular schedule of artist talks and rotating art displays for the public.

Peter Siegel, chief executive of Landex, plans to sponsor the design of two sculptural bus stops in front of the company’s two apartments, Studio 3807, and its sister property, Artisan at 4100.

Rent is still to be determined for the studio, one-, two- and three-bedroom apartments.

Amenities include a courtyard with grills and a fire pit, an outdoor entertainment area, a lounge with a catering kitchen, a fitness center with a yoga studio, bike storage, a bike-sharing facility and a garage with car-charging stations.