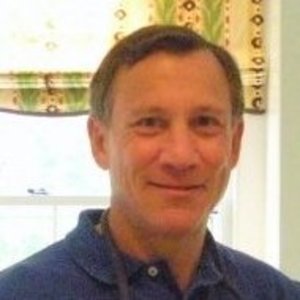 Mr. Kolodner is a Founder and Principal of GCMA.  He is also the Managing Member of Goose Hill Capital, LLC (GHC), a private consulting and advisory firm he founded. He has over 35 years of experience in real estate development finance, securities, structured finance, investment management, private equity and investment banking. His career began in the affordable housing finance industry in 1975, when he was the senior Multi-Family underwriter for the Maryland Housing Fund, the first state mortgage insurance fund ever approved by FNMA. Since that time, Mr. Kolodner has played key roles as lead investment banker in structuring literally billions of dollars in bond transactions to finance housing for state and local housing agencies across the U.S., including state or local agencies in Arizona, Colorado, Delaware, Florida, Georgia, Idaho, Maryland, New Jersey, New York, Puerto Rico, and the Carolinas.  He pioneered the creation and use of tender option bonds to lower the cost of municipal capital, and is a recognized expert in the use of innovative structured finance transactions to achieve enhanced marketability and low cost funding for public and private sector clients in both the primary and secondary bond markets. During his career, Mr. Kolodner has advised such diverse companies as, AMBAC, CAPREIT, Castle Harlan, CIGNA, Fidelity, First Interstate Bank, Ford Credit, FGIC, Marine Midland Bank ( a US subsidiary of HSBC Bank USA, N.A.), MBIA, Northwood Ventures, the Philadelphia Savings Fund Society (PSFS), Susquehanna International Group and the USTA.

Between 2001 and the present, Mr. Kolodner has also provided legal, private investment and advisory services to several private start-up companies, two of which he helped found. Since 2003 he has served as a Director and strategic advisor to these two manufacturing companies, both of which provide direct mail printing and mailing services to Fortune 500 clients and their advertising agencies, and which in 2007 had combined revenues in excess of $40 million. Mr. Kolodner is also the founder of Goose Hill Energy Partners, LLC (Goose Hill), a private company managed by GHC that was formed to make investments in emerging renewable energy technologies. In 2006, Mr. Kolodner was a strategic advisor to and led the restructuring and leveraged recapitalization of a private early-stage company developing a patented zero emission technology to produce and market commercial quantities of electrical energy from the gasification of municipal and other waste streams.

From 2003 to 2005, Mr. Kolodner was a Senior Investment Banker (New York) and Member of the Credit Committee of BOSC, Inc., the wholly owned investment banking subsidiary of Bank Oklahoma Corp., and an affiliate of the Bank of Oklahoma. At BOSC, Mr. Kolodner was responsible for coordinating investment banking transactions for rural rental housing, waste-to-energy and other projects. Prior to joining BOSC as an officer, Mr. Kolodner was a special consultant to another financial services firm responsible for developing new products, including a novel bond finance program for rural rental housing, and a series of closed end equity and bond funds.

Between 2000 and 2001, Mr. Kolodner was Chief Financial Officer at Carret Holdings, Inc., New York, a portfolio company of Castle Harlan, Inc., and the parent of a registered investment advisory firm serving high net worth individuals, foundations and pension funds. Reporting directly to the Chairman, he was responsible for overseeing the legal and operational reorganization of the operating unit, for establishing and negotiating revolving bank credit lines and for implementing its growth through acquisition strategy. While at Carret, Mr. Kolodner expanded the company from a single office to a fully integrated firm having 5 offices in 4 states, thereby doubling assets under management to nearly $2 billion.

Before his work at Carret, Mr. Kolodner was a Senior Banker at Susquehanna Investment Group (now Susquehanna International Group), one of the largest proprietary equity and derivative trading firms in the world. Originally hired as a consultant, Susquehanna hired Mr. Kolodner to create a novel structured derivative finance program for one of its proprietary trading operations, and to negotiate and structure commercial bank trading lines to support its leveraged trading activities. While at Susquehanna, he successfully implemented a revolving structured finance program, managed the activities of Susquehanna Structured Products, LLC, its special purpose finance subsidiary, and also assisted in sourcing and closing private equity investments in public companies on behalf of Susquehanna.

Prior to joining Susquehanna in 1998, Mr. Kolodner spent more than 16 years in municipal investment banking, most recently as a Managing Director at Bear Stearns & Co. Inc in New York, where for six years he was responsible for new product development, structuring and pricing, and for establishing and running its Municipal Capital Markets Desk. Prior to his work at Bear Stearns, Mr. Kolodner was 1st Vice President and a Director of Matthews & Wright Group, Inc. and its brokerage subsidiaries, where he was responsible for new product development and municipal investment banking on behalf of many of the firm’s major state housing agency clients. He was also CEO of Merritt Forbes & Company, Inc., a specialized broker-dealer subsidiary he founded in order to issue the first over-the-counter options on municipal bonds, and managed the successful IPO of the parent firm and its listing on the American Stock Exchange.

Mr. Kolodner is a member of the NYS Bar Association, is admitted to the practice of law in New York, and has been licensed as both a General and Municipal Securities Principal by the NASD and various states and securities exchanges in the US. He has been active in various securities industry and housing professional and trade organizations, including the Cashiers Association of New York; The Bond Market Association and the National Leased Housing Association, and has served on the Boards of numerous not-for-profit civic, social and educational organizations. Mr. Kolodner received his Juris Doctor degree from New York Law School and a Bachelor of Arts degree from the University of Maryland-Baltimore County