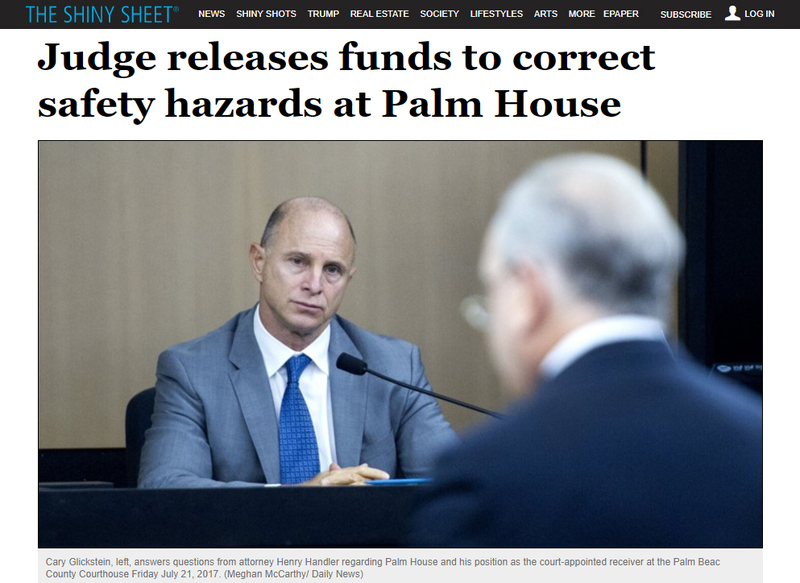 Court-appointed receiver gets $345,000 to correct safety hazards plus some money toward town fines.

A judge has granted the court-appointed receiver of the Palm House more than $345,000 to repair and secure the long-neglected property.

“It’s critical we do something with this land,” Hafele said.

For more than two years, a variety of legal problems have halted construction of the Palm House hotel condominium at 160 Royal Palm Way, which also is in foreclosure.

In 2015, the court appointed Delray Beach Mayor Cary Glickstein as receiver, giving him responsibility to secure the property and to eliminate hazardous conditions, including removing combustible and other dangerous materials.

His duties also include making the Palm House comply with town ordinances and OSHA requirements, and seeking abatement of town fines against Palm House owners, who owe nearly $200,000 for allowing the property to fall into disrepair and for unauthorized construction changes. The owners also owe the town more than $2.5 million for failure to meet a construction deadline. 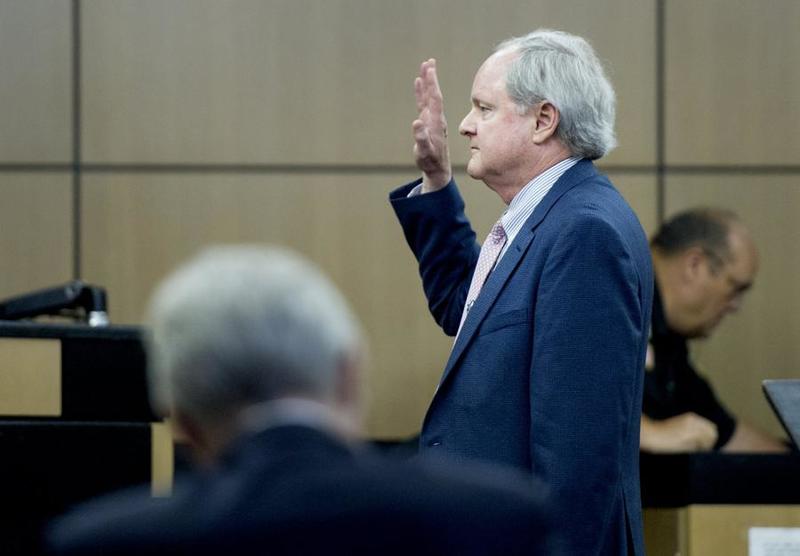 In his testimony, Town Manager Tom Bradford called the 1.4-acre site, just steps from the Atlantic Ocean, a “derelict eyesore.”

Residents have complained about the appearance of the building and grounds, Bradford said, and there are safety concerns about debris damaging neighboring properties during hurricanes.

With Glickstein’s permission, a team of town officials toured the Palm House last year, Bradford said. “What they encountered was overwhelming,” he said. Problems included a flooded basement, unsecured gasoline and other fuels, and “openings in the building that were having a deleterious effect on the expensive furnishings.”

Last year, with Hurricane Matthew approaching, the town spent $13,000 securing loose roof tiles and debris, and boarding up openings to prevent a potential public safety disaster. The town was reimbursed for that expense by the receiver.

Glickstein has persuaded the town to abate the fines with the condition that he make a good-faith effort to obtain the money to address the problems and pay the fines that have accrued.

The $345,000 to correct the problems is based on an estimate by Hedrick Brothers Construction, which the town brought in to evaluate the site with Glickstein’s permission.

It, and additional funds granted by Hafele, will come from an account containing $2.3 million in proceeds from the sale of a yacht after it was alleged in a civil case that Bob Matthews, a former owner of the Palm House, misappropriated money from the project to buy the yacht.

A group of more than 50 EB-5 investors, mostly from China and Iran, have filed a lawsuit against Palm House developers, alleging they were defrauded out of more than $50 million.

Handler said it is “fulfilling its responsibilities to the investors by capturing funds and applying them to the reconstruction of the hotel.”

He called Hafele’s decision a “victory for the property, the town, Palm House Hotel LLLP and the receiver, whose interests are aligned.”

Some of the EB-5 investors are represented by the Gunster Yoakley law firm, which asked Hafele to deny the funding request. Gunster Yoakley attorneys Devin Radkay and Keith Sonderling said that, while concerns about the neglect of the Palm House property are legitimate, it is not appropriate to repair the property or to pay the receiver using money allegedly stolen from investors.

In addition to the $345,000, Palm House Hotel LLLP requested, and Hafele granted, about $43,000 in fees for services rendered by the receiver, and $18,645 in receiver’s attorneys’ fees, dating to February.

In so doing, Hafele explained that many parties have an interest in the $2.3 million. Hafele also said it’s important to support the receiver’s efforts to build a good-faith relationship with the town, and he encouraged the town to continue to abate the fines.

“It’s clear we’re not the only person who has a dog in the fight,” Bradford said after the ruling.

Hafele granted $4,500 to repair damage to water meter connections. He deferred, however, a decision on Palm House Hotel LLLP’s request for nearly $100,000 for projected fees and costs over the next three months.

Handler said after the decision that “it is our intention to come back for the rest of the money.”