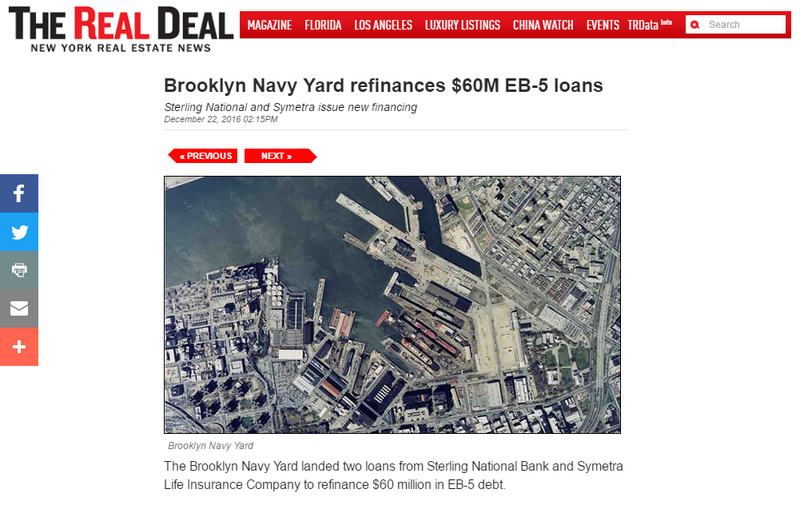 The $30.75 million loan from Sterling carries a 15-year term, and the $31.68 million Symetra loan has a 21.5-year term. The two loans replace EB-5 debt the Navy Yard took out in 2009 – the first of three EB-5 loans taken out by the Yard through the New York City Regional Center. The Singer & Bassuk Organization brokered the loan.

According to a 2012 Crain’s article, the Navy Yard used the EB-5 money to fund part of the construction of a new, 89,000 industrial building and the expansion of an existing manufacturing center, as well as infrastructure work. The Yard’s head at the time, Andrew Kimball, described the money as “like a gift from the gods.”

“At first, we were sort of scratching our heads, thinking, is this real?” he told Crain’s. “The next thing we knew, we were falling out of our chairs.”

The EB-5 program, which offers foreigners green cards in return for job-creating investments in the U.S., has become a popular source of financing for New York’s developers. But it faces an uncertain future as federal lawmakers debate its merits: it is set to expire in April.