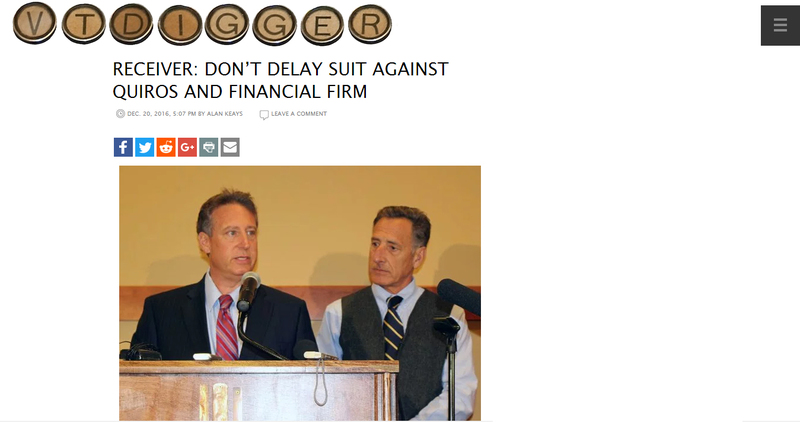 An attorney for a court-appointed receiver overseeing two northern Vermont ski areas is seeking to prevent a delay in a lawsuit against Jay Peak owner Ariel Quiros, his former brokerage firm and his past broker.

Traband represents Michael Goldberg, appointed by a federal judge in April to the post of receiver for several properties after the filing of state and federal lawsuits accusing Quiros of investor fraud in development projects he headed. The properties include Jay Peak and Burke Mountain resorts.

Last month, District Judge Darrin P. Gayles granted a request in the federal lawsuit brought by the U.S. Securities and Exchange Commission for a preliminary injunction against Quiros, freezing his assets and prohibiting him from dealing in securities.

After that ruling, District Judge Joan A. Lenard asked parties in a separate lawsuit — this one brought by Goldberg against Quiros — why she shouldn’t delay that case until the SEC action is complete.

“Judge Gayles recently entered a preliminary injunction which appears to preserve to status quo and protect the entities overseen by the receiver in this case,” Lenard wrote. “Therefore, the parties are ordered to show cause why this action should not be stayed and administratively closed pending the resolution of the SEC’s case.” 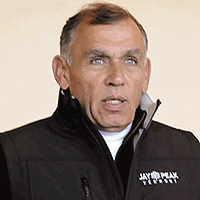 Lenard is presiding over Goldberg’s lawsuit against Quiros, the brokerage firm Raymond James and Joel Burstein, Quiros’ former son-in-law, who served as the branch manager of a Raymond James office in Coral Gables, Florida.

That lawsuit accuses the financial services company and Burstein of helping Quiros develop a scheme to commingle and “steal investors’ funds for his own use in breach of partnership agreements.”

Goldberg alleges that Raymond James “aided and abetted” Quiros in a Ponzi-like scheme in which he misused $200 million in investor funds, including stealing $55 million.

Traband added that she has consulted lawyers for Burstein and Raymond James, who are not asking that the case be stayed but do contest allegations against them.

However, counsel for Quiros, the filing stated, argues that a stay would be appropriate.

Traband wrote that Goldberg was appointed to the post of receiver to oversee the properties at the heart of the fraud cases and to work to recoup money for those who lost it.

“Staying this case pending the outcome of the SEC action only further harms those victims and stymies the efforts by the receiver to recover wrongfully diverted funds, as he was ordered to do,” Traband wrote.

Goldberg is asking the court to award compensatory damages, to be determined at trial, “at the maximum rate allowable.”

The judge hasn’t ruled on the matter.

The SEC and the state of Vermont, in their cases, allege that Quiros and his business partner at the time, Bill Stenger, misused investor funds raised through the federal EB-5 immigrant investor program.

The SEC case also alleges Quiros “looted” more than $50 million to pay for personal expenses, including the purchase of a $2.2 million condo in New York City.

The lawsuits brought by Goldberg and the SEC are both pending in federal court in Miami, where Quiros lives and many of his businesses are located.