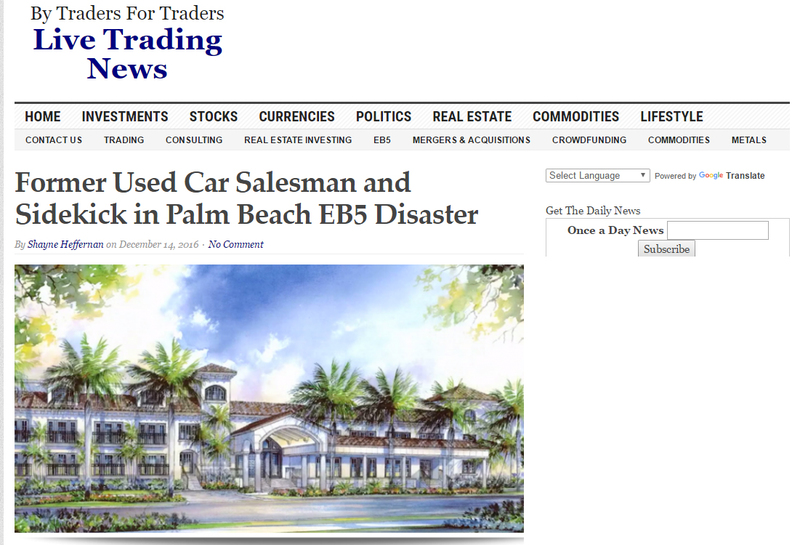 After a massive failure at Highland Global, a project owned by Steve Nicholas the son of the golfer Jack Nicholas where 17 investors EB5 investors were involved, the former Key West Used Car Salesman Joe Walsh was involved in the funding of Palm House a project owned at the time by Real Estate Tycoon Robert Matthews of Palm Beach.

Despite an agreement to fund the development of Palm House Joe Walsh fell well short of his obligations and then after starving the project of cash the former Used Car Salesman and his Sidekick Ryan Black decided to try to take the hotel via a litany of litigation, that of course has also failed.

In the meantime the “never say die” Real Estate Tycoon Robert Matthews was left with the issues of trying to fund the project now buried in litigation.

But true to his form Robert Matthews delivered, yesterday Robert Matthews revealed he has assembled a team with actual money, not a promise of looking for money, to complete the project, something that all involved including the investors need to happen.

According to the suit, a web of conspirators preyed on foreign nationals by inducing them to each invest $500,000, plus a $40,000 administrative fee, into the hotel.