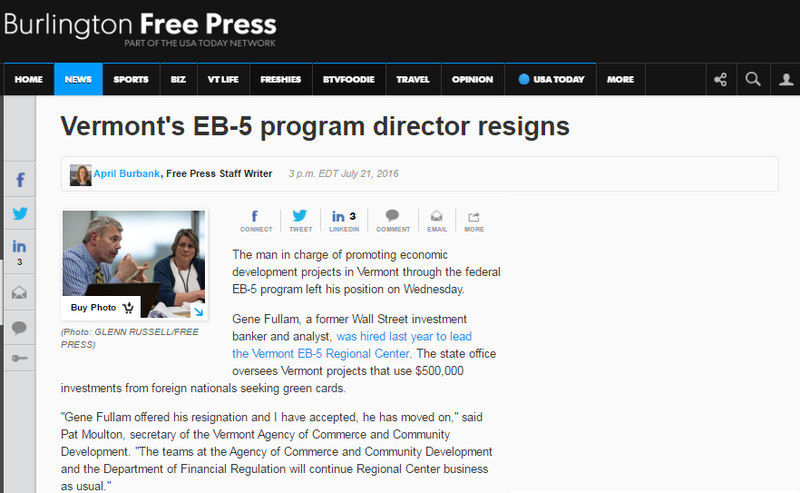 The man in charge of promoting economic development projects in Vermont through the federal EB-5 program left his position on Wednesday.

Moulton said she lacked time for an interview about Fullam's departure.

Fullam leaves as fraud allegations hang over a cluster of EB-5 projects connected to Jay Peak and Burke Mountain ski resorts. Vermont's Department of Financial Regulation and the U.S. Securities and Exchange Commission allege that principals in those development projects lied to investors and misused funds.

Fullam defended the viability of the EB-5 program in a meeting with the Burlington Free Press about a month after the fraud allegations were made public. He planned to visit China with a message that Vermont's EB-5 Regional Center remained open for business.

Moulton will also be leaving the agency in September.

Scott Coriell, a spokesman for Gov. Peter Shumlin, declined to offer any comment on Fullam's departure but said the changes in key government positions would not impact the future of Vermont's EB-5 program.