The attorney responsible for Jay Peak ski resort and Q Burke Hotel in the aftermath of the massive EB-5 fraud allegations in the Northeast Kingdom said Monday he is meeting on Tuesday with two "very high end hotel chains" that are "extremely interested" in buying Q Burke Hotel.

Michael Goldberg declined to name the chains, but said people would instantly recognize the names.

Whether or not a deal materializes, Goldberg said he would find a way to keep Jay Peak open, and open Q Burke Hotel in the fall, despite what he told a federal court in Miami was severe financial mismanagement that  threatened the resorts with failure.

Goldberg said the resorts have very little cash on hand, "and numerous upcoming expenses that will quickly use up available cash and, if additional money is not obtained, force the Receiver to shut down operations at Jay Peak and eliminate any possibility of Q Burke opening." 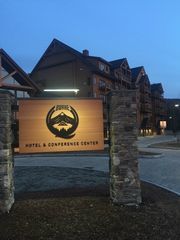 The U.S. Securities and Exchange Commission accused the owners of the resorts, Ariel Quiros and Bill Stenger, of fraud in a lawsuit filed in a Miami federal court on April 14. Both men have claimed their innocence in the alleged EB-5 scam using money from foreign investors.

Goldberg said Monday that his statements to the court  about the dire circumstances at the resorts was in response to Quiros' attempt to unfreeze all but $50 million of his assets to pay his lawyer and cover basic living expenses. The court froze all of Quiros' assets — which Quiros estimates at $200 million — after he was accused of fraud. Goldberg said Monday he wanted to make sure the court understood he needed every penny available to him to keep the resorts afloat.

"Quiros is trying to free up money to pay exorbitant expenses and legal fees," Goldberg said. "If you give him that money it's taking away from the money I need to open Burke and operate Jay Peak. Right now I do have sufficient money."

"That would burn just under a quarter million dollars a month for his expenses," Goldberg said. "I'm not going to sugarcoat it. It's not great if you start giving him money. I may not have enough money to operate."

In his affidavit filed with the court on Friday, Goldberg notes of the circumstances surrounding the two resorts, "This is a very different situation than the one claimed by Ariel Quiros in his sworn investigative testimony before the SEC."

Indeed it is a very different situation than the one presented by Bill Stenger, who told the Burlington Free Press several weeks ago that, unlike other Vermont ski resorts that were in big trouble because of a terrible snow season, Jay Peak revenue was down only 9 percent from last year because of the strength of the resort's water park.

Stenger and Quiros are accused of misappropriating about $200 million of some $400 million they raised from foreign investors through the federal EB-5 program for a series of projects at Jay Peak, Q Burke and in Newport. Under the program foreign nationals invest $500,000 in a project in an economically depressed region of the country, receiving U.S. residency if the project creates a required number of jobs.

In an interview with the Burlington Free Press last week, Gov. Peter Shumlin had a similarly optimistic view of the situation at Jay Peak, saying at one point his goal was "To help Jay Peak continue to be a vibrant and strong business and to get Q Burke open."

The picture of Jay Peak painted by Michael Goldberg is not of a strong and vibrant business. Appointed by the court to take over the resort on April 13, Goldberg discovered Jay Peak was in the process of attempting to borrow $4 million just to make it through the upcoming off season.

The resort borrowed $2 million to make it through the off-season last year, despite Stenger's claims that the waterpark was smoothing out the revenue curve for the resort by drawing thousands of visitors in the summer. 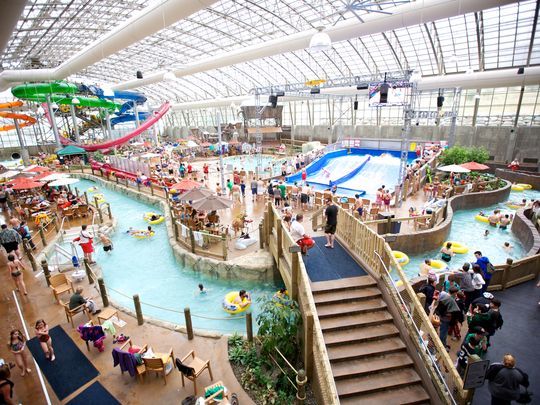 "My assessment of the ski resort operations after examining the financial records available to me and meeting with former CFO George Gulisano and the accountants and management company I retained to examine and manage Jay Peak, is that the ski resort operations are currently losing money and in danger of not having sufficient funds to continue operating beyond the very immediate future," Goldberg told the court.

In sworn testimony to the SEC in September 2015, Ariel Quiros exaggerated Jay Peak's pre-tax profits, according to Goldberg, first saying the resort had made about $12 million to $13 million "this year," and later adjusting that claim to about $8 million.

"It is unclear exactly what Quiros meant by 'this year,' but I have not seen any financial statement showing Jay Peak made (a pre-tax profit) of anywhere near $8 million, much less $12 million to $13 million," Goldberg writes.

Goldberg tells the court he has been informed by resort managers that Jay Peak needs between $7 million and $11.5 million to stay open through the current off-season. And there's worse news on top of that. Goldberg reveals that the gondola system used to transport skiers to the top of Jay Peak is in need of "major and immediate repairs" to meet the state's safety standards.

"The system is 52 years old," Goldberg writes. "The gondola's manufacturer, which is the only company in the world capable of properly repairing the gondola, has quoted the Jay Peak Resort a $4.15 million price to complete the repairs," Goldberg wrote.

Goldberg tells the court Jay Peak must come up with an immediate 30 percent down payment for the gondola repair of approximately $1.3 million, plus an additional $800,000 later in the summer, with the balance due early next year.

"If the gondola becomes non-operational, the Resort will not be able to transport skiers to the top of the mountain, and will not survive," Goldberg writes.

Goldberg and his team also say they are facing a "daily barrage of demand for payment from numerous vendors."

"On April 20 alone, my management team had conversations with soft drink, internet service, gasoline and food service suppliers, all of whom in one fashion or another threatened to cut off service or require cash payments," Goldberg writes. "There are hundreds of vendors whom Jay Peak owes money, and if we do not come up with additional funds soon, the Resort will cease operating."

Goldberg said Monday the court did give him permission to take $750,000 from Jay Peak's accounts to pay the most pressing bills at Q Burke Hotel for a skeletal staff of employees, insurance and utilities. Goldberg also received receivership over Q Burke Hotel, which had originally been exempt from his control in the lawsuit filed on April 14.

Goldberg acknowledged Monday that Bill Stenger has been helping him run Jay Peak, at a reduced salary of "under $100,000." As an experienced receiver, Goldberg said he has learned that it saves a lot of time and money to tap into the knowledge and experience of owners of seized properties when that is possible. Stenger, he said, has been "very helpful."

Goldberg said when he first met with Stenger he was "visually upset," with tears in his eyes.

"He vowed to immediately cooperate, and he did cooperate," Goldberg said. "He has shown a willingness to assist at all times."