Hoteliers are cautiously optimistic about 2016 predictions

2015 was a banner year for Chicago hotel development and investment, but will the bull market continue into the new year?

That's what the power players in Chicago hospitality discussed during Bisnow's Hospitality Boom! Chicago Hotel and Investment panel at Trump International Hotel & Tower yesterday. Our panelists educated and entertained an audience of over 240. 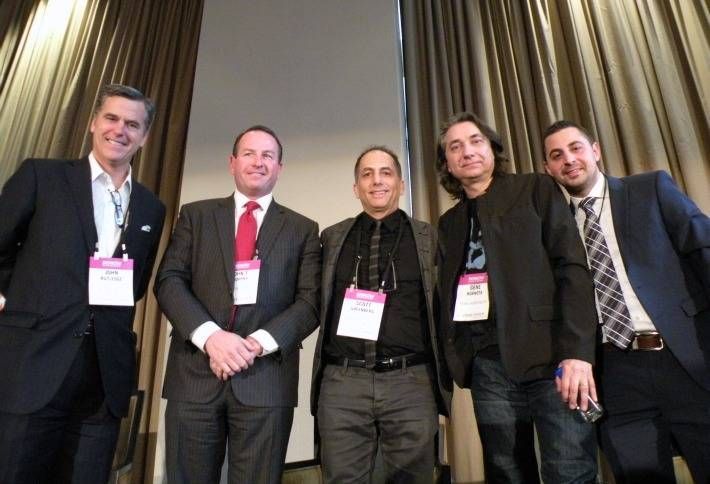 The influx of lifestyle hotels into downtown was the biggest story of 2015, according to our hotel development panel: Oxford Capital Group CEO John Rutledge, John T. Murphy, Scott Greenberg, Gene Kornota, and our moderator, CohnReznick's Wes Prato. John says more lifestyle hotels mean more unique downtown destinations and that a critical mass is fast developing. John is especially happy in this photo after the news of Oxford Capital's $20M acquisition of the former Atlantic Bank Building at 168 N Michigan, two blocks south of Oxford's Londonhouse project. John says it's a great time to be developing hotels along the river, especially between the Mag Mile and Millennium Park. 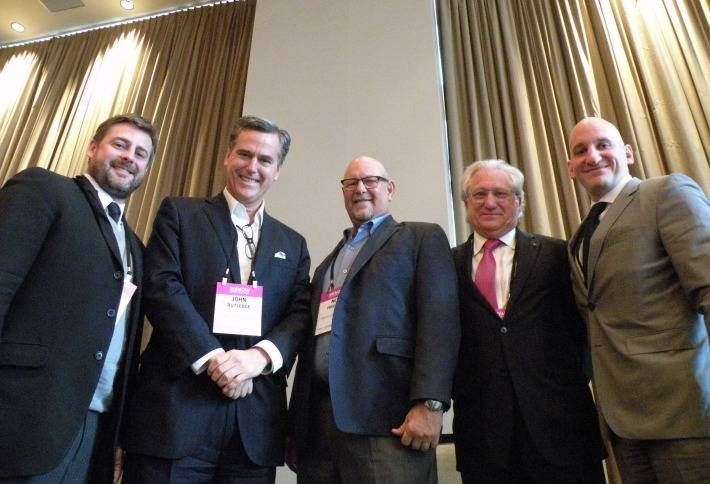 Marriott's $12.2B purchase of Starwood will likely have little impact on the local marketplace, our hotel investment panel agreed. AJ Capital Partners CEO Tim Franzen, John Rutledge, Aries Capital CEO Neil Freeman, Laurence Geller and Faegre Baker Daniels partner Thomas Posey took a break from witty banter for this pic. Laurence believes the merger will be healthy in Chicago for focused attention from the major chains, while Tim says star reports and the guidelines for how they're drafted would have to change, with so many brands between the major chains. The investment panel was also vocal about Airbnb's impact on the hotel industry. John says it's here to stay and noted the service is siphoning reservations from hotels during high-compression dates, notably Chicago Marathon weekend. John believes hotels will ultimately use Airbnb to access demand. Laurence concurred and predicted Airbnb will eventually become more like Expedia. 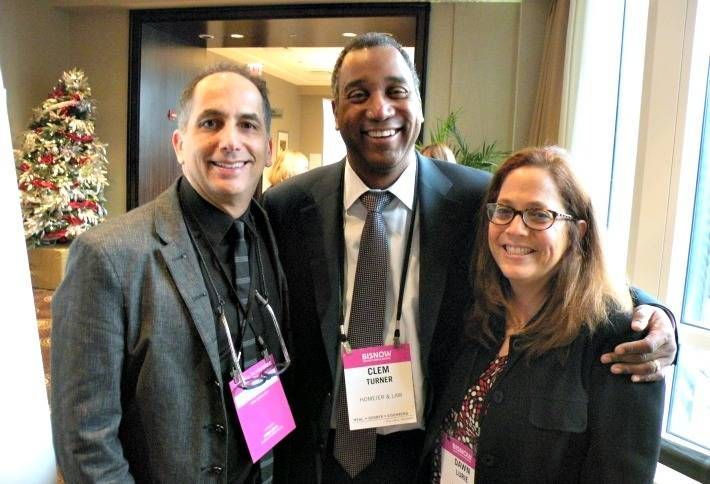 Here's our EB-5 update panel, which had good news for developers: SMASH Hotels and Go USA EB-5 Regional Center president Scott Greenberg, Homeier & Law managing attorney Clem Turner and Polsinelli shareholder Dawn Lurie. Dawn says EB-5 will receive a one-year extension of a compromise bill will be passed next week extending the program for another five years, while improving the program's integrity, transparency, compliance and monetary training. The minimum amount an EB-5 investor needs to invest will rise to $800k. Clem says this is good as EB-5 regional centers (there are over 700 in the US) can help form and fund deals. EB-5 money is very flexible. Clem says it can be used as a loan or as equity, and there are no restrictions on terms or interest rates. Scott was on the panel to offer his personal experience with EB-5 financing; he's raised $20M in EB-5 financing for his Streeterville Autograph hotel project. He hired a full-time employee in Hong Kong to round up EB-5 lenders and added a Mandarin speaker to his staff to communicate with Chinese investors. Scott says that, like all aspects of real estate, securing EB-5 lenders is a matter of trust. With EB-5, developers need to understand they're in the business of helping people move to the US. 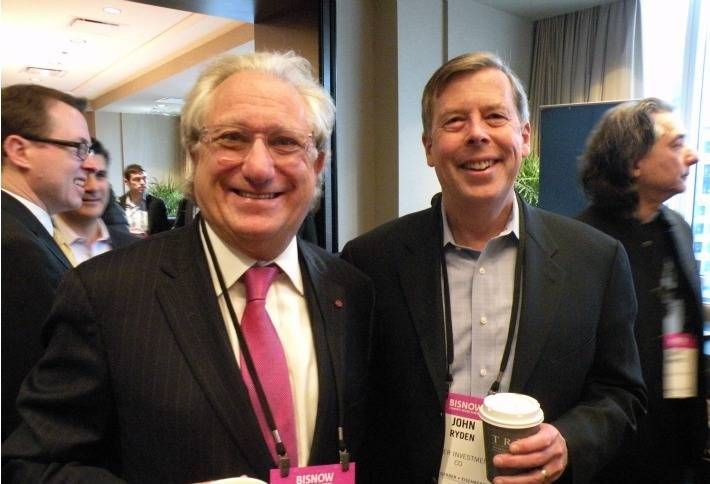 Here is the always affable Laurence Geller, chairman of Geller Investments (left) with Geller Investments VP John Ryden. Laurence says he's very happy with the news Illinois Gov. Bruce Rauner finally released overdue funding for the city's tourism arm, Choose Chicago. But, he stressed there are big problems that'll cause Chicago to lose convention business: ongoing budget messes in Chicago and Illinois, the perception of the city's crime rates, higher property taxes, the minimum wage hike and Cook County Board President Toni Preckwinkle's decision to raise the hotel tax. Orlando and Las Vegas are already using the hotel tax hike in their marketing campaigns and are poised to steal conventions from Chicago. Laurence predicts Chicago will be undersupplied by 20,000 hotel rooms in 2020. In the short-term, he says Q1 2016 will be sluggish for local convention business.