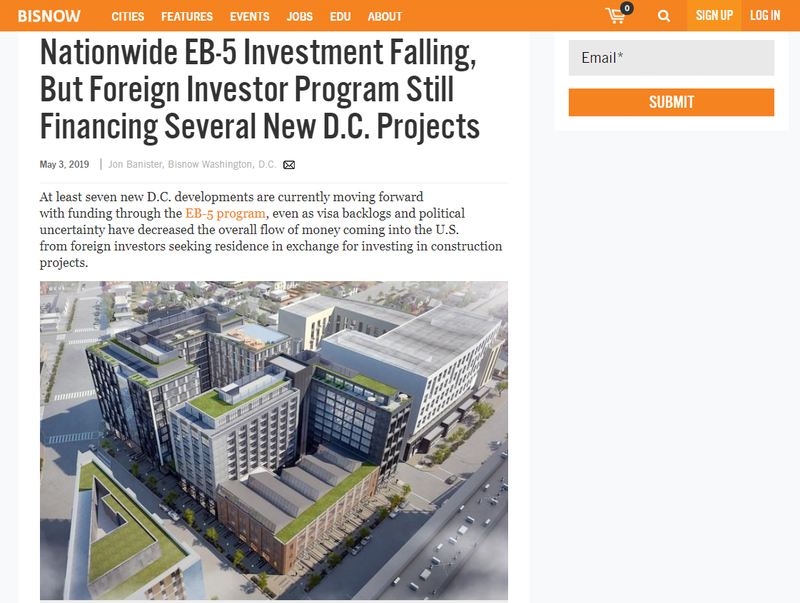 At least seven new D.C. developments are currently moving forward with funding through the EB-5 program, even as visa backlogs and political uncertainty have decreased the overall flow of money coming into the U.S. from foreign investors seeking residence in exchange for investing in construction projects.

It is currently pooling investors to help finance Eckington Park, a nearby multifamily project from Foulger-Pratt, and 300 M, a planned NoMa apartment building from Wilkes Co. EB5 Capital also helped finance The Highline at Union Market, a 318-unit project delivering this spring.

In March, EB5 Capital closed on a $44.5M deal for Douglas Development's 1900 Half St. SW, a redevelopment of a former Coast Guard building on Buzzard Point into 453 apartments with retail. In Capitol Hill, it is helping finance Foulger-Pratt's Beckert's Park project and CAS Riegler's 1401 Penn. Of the 26 projects EB5 Capital has financed, half of them have been in D.C.

"We're fortunate that it's an international city, a lot of our investors like it, but it's an undeveloped city that is still developing," EB5 Capital Senior Vice President Brian Ostar told Bisnow.

EB5 Capital is just one of a host of regional centers that funnel money from foreign investors into U.S. projects. The EB-5 program allows foreign individuals to obtain a visa to the U.S. if they invest $1M into the U.S., and the threshold is lowered to $500K if the money goes into selected areas local governments have targeted as needing employment growth.

The program continues to finance projects throughout the country, but the overall investment volume and number of new investors has fallen significantly over the last three years. 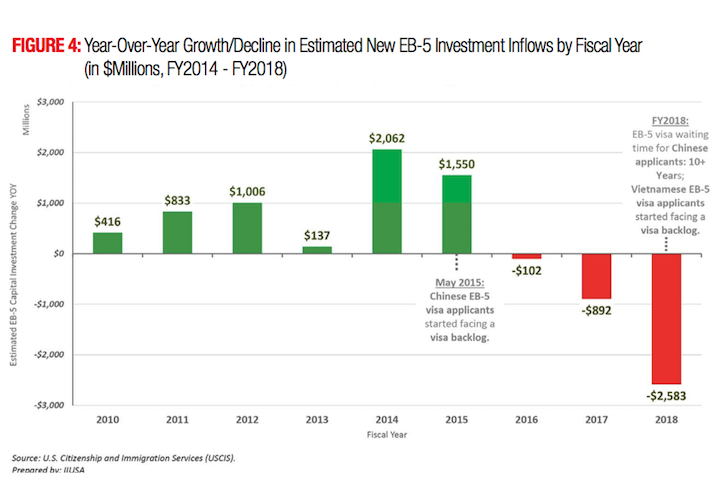 The total volume of EB-5 investment into the U.S. grew every year from 2010 to 2015, but it declined significantly from 2016 to 2018, according to a report from IIUSA, a trade association for the EB-5 industry.

The drop comes primarily as a result of decreasing EB-5 investment from China, which has consistently contributed a majority of the program's funding. A growing backlog has forced Chinese investors to wait up to 15 years to receive their visas through the EB-5 program, IIUSA Policy Analyst Lee Li said.

"China, with strong demand for EB-5 visas, is very important to support a lot of projects," Li said. "The longer they may have to wait for their visa, this is one of the factors that prohibits them from making decisions to invest in EB-5." 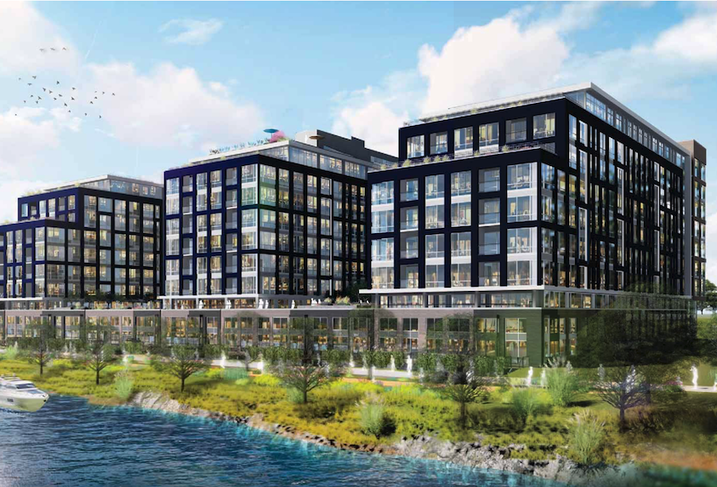 A rendering of Douglas Development's 1900 Half St. SW project

Another factor slowing the investment flow is the uncertainty over the program's future. Congress has passed a series of short-term extensions of the program in recent years, but advocacy groups like IIUSA are pushing for a long-term reauthorization that can restore certainty to the marketplace.

The U.S. Office of Management and Budget is working to revise the regulations governing the EB-5 program, and some industry experts fear the changes could put the program's future in jeopardy. The program has faced high-profile challenges in recent years such as lawsuits and fraud scandals, and some members of Congress have criticized the program.

IIUSA Executive Director Aaron Grau said the organization is working with the Real Estate Roundtable, the U.S. Chamber of Commerce and other groups to lobby Congress to give the program long-term reauthorization.

"With everybody singing from the same song sheet, it really sends a clear message to Congress that there's not going to be any political blowback, at least from the industry, with regard to a decision [being] made," Grau said. "It gives us a strong leg up for a real chance at long-term authorization."

The decreasing volume of EB-5 investment forces regional centers to compete for their share of a shrinking market. Li said some regional centers like EB5 Capital have diversified to receive investment from non-Chinese countries that are growing their EB-5 contributions, but some have been hurt by the market's decline. 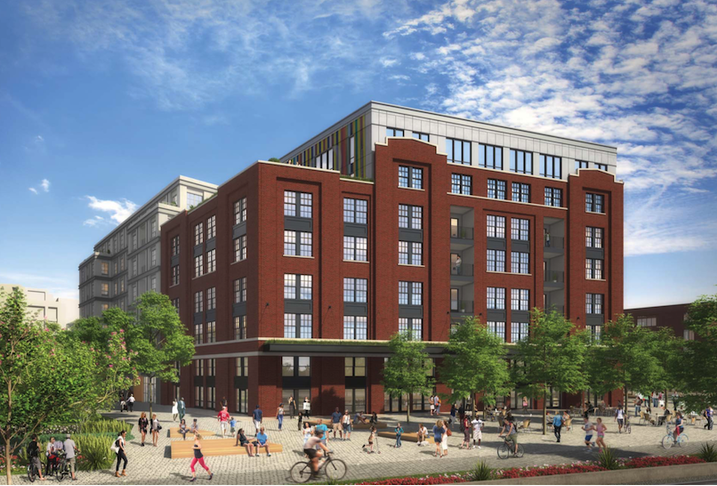 EB5 Capital has investors from 59 countries, Ostar said, and its biggest markets today are India, Vietnam, South Korea and Russia. IIUSA found that investor filings from India, Vietnam and South Korea increased in FY 2017 by 66%, 30% and 38%, respectively.

"Not many Chinese are doing it right now, which positioned us well because we were always global, so we haven't been too hurt from that," Ostar said.

The diversification has allowed EB5 Capital to continue to move new real estate deals forward. It typically structures its financing as mezzanine debt, coming in after a senior loan from a bank.

Developers say EB-5 money is more attractive than most sources of mezzanine debt. Foulger-Pratt Managing Director Michael Abrams said the EB-5 financing allows developers to realize greater returns at a time when macro trends like rising construction costs and land prices are working against them.

"The higher leverage is just a more efficient use of our capital, and it just shrinks the equity component to a more manageable level," Abrams said. "It boosts returns by probably 200 to 300 basis points, and as deals get tighter, that certainly is attractive."