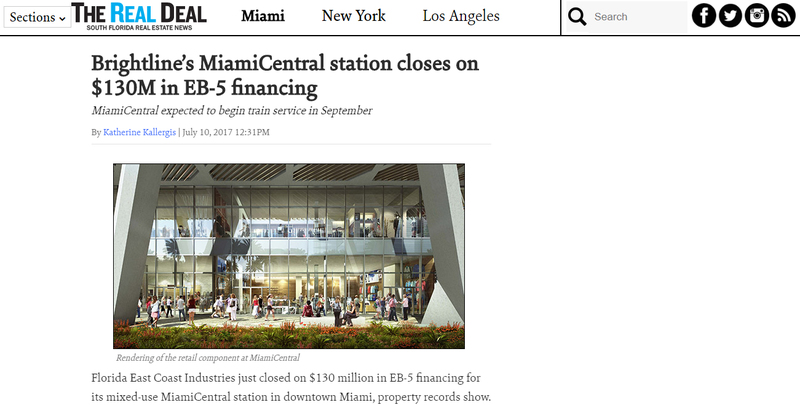 Rendering of the retail component at MiamiCentral

FECI’s loan is for the retail component of MiamiCentral, which will span 180,000 square feet and include a 50,000-square-foot food hall with tenants like Miami Smokers, Blackbrick Chinese and Toasted Bagelry & Deli.

Brightline, a $3 billion passenger rail, will offer express service, traveling at an average of 80 miles per hour between Miami and Orlando. After the first trains begin running between Fort Lauderdale and West Palm Beach, service will begin to Miami. The Orlando route and station have been delayed due to litigation.

FECI’s All Aboard Florida delayed the opening of the high-speed rail service from this summer to August and September. Construction work at the Brightline train stations in Fort Lauderdale and West Palm Beach is nearly completed, according to published reports. In June, former FECI President and CEO Vince Signorello resigned from his position to launch his own real estate investment and development firm.