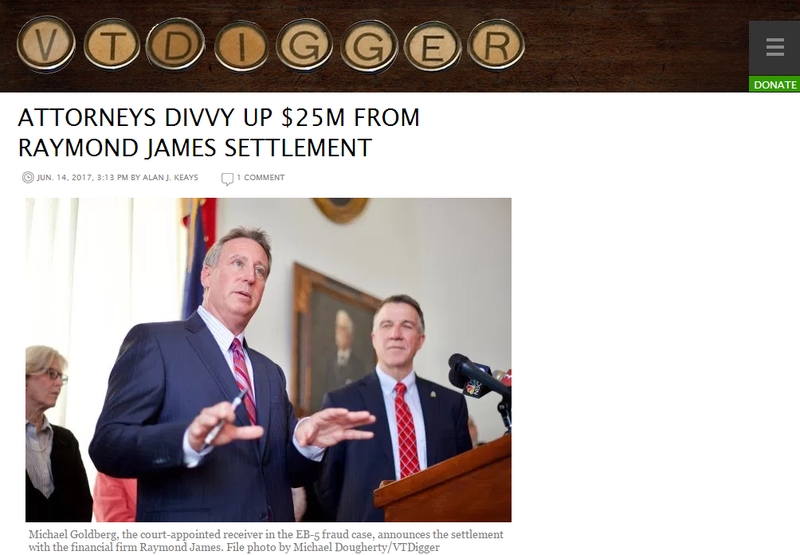 Attorneys for investors in an alleged “Ponzi-like” scheme to fund development projects in Vermont’s Northeast Kingdom have agreed on how to split up $25 million in settlement proceeds to pay for their work.

Now, they are asking a federal judge to approve their plan.

A group of lawyers who brought a proposed class-action lawsuit against the project developers and the financial services firm Raymond James and Associates Inc. is seeking the lion’s share of the money, a little more than $19 million.

“By undertaking to represent investors in a complex and sophisticated case such as this one, counsel assumed a substantial financial risk,” Tucker Ronzetti, one of the attorneys in the class-action litigation, wrote in a court filing submitted this week.

“Counsel took on a corporate defendant with vast resources necessary to withstand a lengthy legal battle.”

A $25 million “attorneys fund” was created from a share of the nearly $150 million settlement reached in April with Raymond James, a securities broker-dealer based in Florida, and the federal court-appointed receiver now overseeing the projects at the heart of the fraud case.

Michael Goldberg was appointed by a federal judge at the time of the filing of the SEC lawsuit to the post of receiver. He oversees Jay Peak Resort and other properties in the Northeast Kingdom after state and federal regulators accused Quiros and Stenger of investor fraud.

Reached Monday evening, Goldberg declined to comment on the latest filing regarding the “attorneys’ fund.” 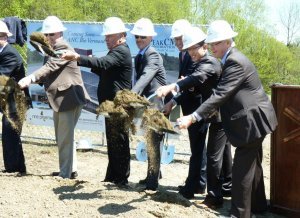 Dignitaries break ground on a proposed EB-5-funded project in Newport.

Several lawsuits brought on behalf of investors, including the proposed class-action case, had named several parties as well as Raymond James defendants. The settlement agreement reached with Raymond James calls for a “bar order,” which would protect Raymond James from such lawsuits.

In order to compensate the attorneys for dropping the cases against Raymond James, the $25 million “attorneys fund” was created. The fund also “obviates” the need for investors to compensate attorneys from their own funds, court records state.

Settlement proceeds will also be used for a variety of other purposes, including paying contractors and businesses owed money for work they did on projects, to help finish developments that weren’t fully built, and to compensation some of the investors who put money into projects that didn’t even get off the ground.

Ronzetti, in his filing this week, provided a breakdown for the 13 firms representing investors in actions involving Raymond James.

“Class Counsel reached agreement with all participating counsel after extensive negotiation pursuant to the procedure approved by the Court,” he wrote. “Those negotiations used the factors the Court itself would consider – the role of each firm, the extent to which the work performed contributed to the outcome, the amount of work performed, and so forth – viewed through Class Counsel’s perspective as appointed Interim Class Counsel in the first-filed investor action.”

In addition to the class-action firms asking for $19,591,883, Carlson & Associates, P.A. and Padro Jackson Gainsburg, who represented 31 Chinese investors in a case against Raymond James, is seeking $2,975,982.

Neither Ronzetti nor Carlson could be reached for comment.

Other South Florida firms are seeking amounts ranging from $3,235 to nearly $1.69 million for their work representing investors in different matters involving Raymond James.

Federal Judge Darrin P. Gayles still must approve the proposed Raymond James settlement, which includes the $25 million “attorneys’ fund.” The judge, shortly after the settlement was announced, preliminarily approved it.

He gave parties until June 5 to file any objections. None was filed. As of Tuesday, the judge had yet to grant final approval of the settlement in the case pending in federal court in Miami. Many of the cases involving Quiros are filed in that Florida court, which is where Quiros lives and bases many of his businesses.

The $25 million request by the attorneys, Ronzetti wrote in his filing this week, is about 16.5 percent of the $150 million settlement, “well below the customary fee charged in private, non-class contingency matters, where attorneys often receive between 30%-40% or more of the recovery if successful.”

The attorneys, he wrote, took on the case without accepting upfront payments or retainers from investors.

“Counsel prosecuted these actions on a wholly contingent basis, and since inception counsel have not been compensated for any of these efforts,” Ronzetti wrote.

He said the ligation was difficult and required a great deal of research as well as the filing of many motions. “The complexities, novelties, and difficulties of the cases against Raymond James were many and varied,” the attorney wrote.

“Among other things,” Ronzetti added, “Raymond James consistently argued that investors lacked standing, and that Raymond James was entitled to follow Quiros’s instructions, had no dealings with any investor, had no discretion over the funds placed in its accounts, had no actual knowledge that the investors’ funds were being stolen, was not involved with the creation of the offering materials, and did not provide the offering materials to investors.”

The proposed class-action lawsuit is led by investor Alexander Daccache of Brazil. It was the first lawsuit filed against Raymond James related to the development projects. 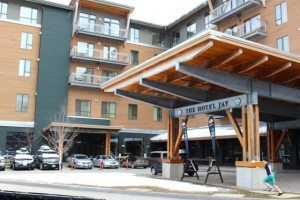 The Hotel Jay is the signature project of the Jay Peak Resort expansion.

Daccache, an EB-5 investor, put $500,000 in 2010 in the Penthouse Suites project, which is part of The Hotel Jay. EB-5 foreign investors put up $500,000 and, in return, if that investment leads to the creation of a required number of jobs, they become eligible for permanent U.S. residency.

In the Daccache case, class-action attorneys and lawyers for Raymond James engaged in a testy legal battle that played out in a string of court filings. The parties differed on everything from search terms used to seek evidence on computers at Raymond James to whether Quiros son, Ary, should answer questions in a deposition.

In total, Ronzetti wrote, attorneys for investors in the class-action lawsuit collected more than a million documents in its database related to the case.

The Raymond James settlement, if ultimately approved, releases claims against Raymond James and Joel Burstein, Quiros’ former son-in-law, who served as the branch manager of a Raymond James office in Coral Gables, Florida.

Goldberg claimed in his lawsuit that the financial services company and Burstein helped Quiros develop a scheme to commingle and “steal investors’ funds for his own use in breach of partnership agreements.”

Goldberg alleges that Raymond James “aided and abetted” Quiros in a “Ponzi-like” scheme in which he misused $200 million in investor funds, including “looting” more than $50 million.

In the settlement with the receiver, Raymond James admits no wrongdoing.

Initial settlement talks took place between Goldberg and Raymond James. Later, attorneys in the proposed class-action case were brought into the discussion, taking part in a two-day mediation session that eventually led to the settlement.

There are about a dozen named plaintiffs in the proposed class-action lawsuit. That lawsuit states that it was filed on behalf of a proposed class of all 836 people who invested more than $400 million in the series of projects headed by Quiros and Stenger in northern Vermont as part of the federal EB-5 immigrant investor program.

Stenger has since settled his federal case, while the state case remains pending. Both cases are still pending against Quiros.