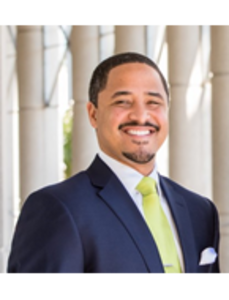 Joel joined Raymond James in 1999, starting as an intern for the firm’s 6th largest financial planning team. In 2004, Joel became the Branch Operations Manager for the Miami office. In 2007, he was promoted to the South Florida Complex Administrative Manager. In 2013, Joel became one of the firm’s youngest branch managers, managing three locations, Miami, Miami Beach, and Dadeland. His offices manage over $3.2 billion. The Miami branch is consistently a top 5 producing branch for Raymond James & Associates.

In 2007, Joel received the prestigious Raymond James & Associates Operations Manager of the Year award1. In 2013, Joel was honored by Legacy Magazine as one of the top 40 under 40 Black Leaders in South Florida2. In addition to Joel's management responsibilities, he also works with AM Wealth, managing the stock ideas, covered calls and IPO strategies. Joel believes in creating customized financial solutions for each client to meet their personalized goals and objectives.

Joel is from Washington, D.C. and graduated from the University of Miami with a Bachelor’s in Business Administration, majoring in Finance with a minor in Psychology. Joel received his CFP Certification from New York University. He is currently entering his third year of the three year Securities Industry Institute Executive Education program at the University of Pennsylvania's Wharton School of Business.