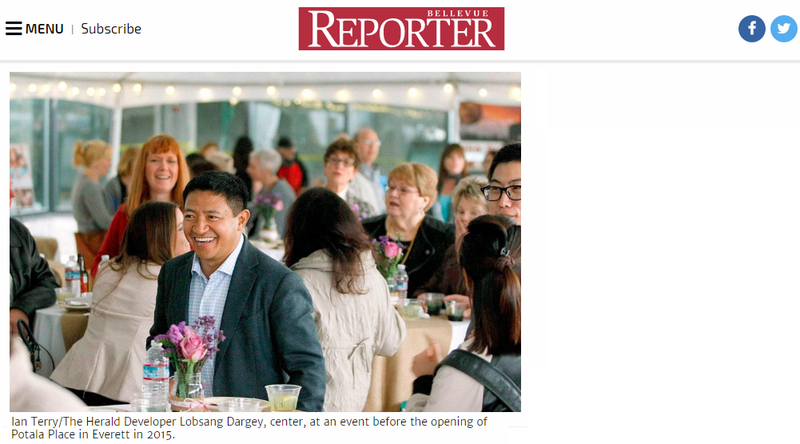 Bellevue developer Lobsang Dargey faces as much as 10 years in federal prison after pleading guilty to fraud-related charges Wednesday.

Speaking in a subdued voice, Dargey entered his pleas in U.S. District Court in Seattle, more than a yearafter federal investigators raided his offices and home.

Sentencing is scheduled for April 6. Each charge carries up to five years in prison.

Dargey also has reached a tentative agreement to settle a civil lawsuit brought by the U.S Securities andExchange Commission, according to court papers and his attorney in that case, Peter Ehrlichman ofDorsey & Whitney.

It may take several weeks before it is finalized, he said.

Dargey’s legal troubles began in August 2015 when the SEC filed the lawsuit in U.S. District Court,alleging fraud and misuse of investors’ money. The court appointed a receiver and handed him control ofDargey’s companies.

Even as Dargey has negotiated with the government on is criminal and civil matters, Dargey continues tofight the receiver’s plan to finish Potala Place in Everett, often referred to in court documents as PathAmerica Farmer’s Market and Everett Farmer’s Market.

Dargey entered the real estate market in 2006 when he purchased the Everett Public Market in downtownEverett. Next he purchased and renovated the former Federal Building on Colby Avenue. Then in themidst of the recession, he turned a former used-car lot into Potala Village, a four-story apartmentbuilding with ground-floor retail.

His career as a developer took off when he found a ready source of cash investors — Chinese citizensinterested in moving to the United States. A federal program called the EB-5 program offered foreigninvestors temporary residence and an accelerated shot at a green card if they put at least $500,000 intoa development project that created jobs in the U.S.

Dargey began laying the groundwork in 2010. He created development projects in Seattle and Everett,and enrolled them in the EB-5 program. He established contacts in China to help recruit investors.

However, investigators determined that Dargey put millions of investors’ dollars into other projects inearly stages in Seattle, Kirkland and Shoreline. The investors knew nothing about these projects, whichdid not qualify for the EB-5 program — meaning they likely would not get a green card if U.S.immigration officials became aware of the misuse of money. Dargey also did not invest huge sums of hisown money as he had promised.

Those actions “resulted in gaping funding deficits” for the Potala Place and Potala Tower, assistant U.S.attorneys said in charging papers filed Tuesday. “Dargey filled these deficits by raising tens of millions ofdollars from a lender and a new equity investor.”

In addition to siphoning off EB-5 money for other development schemes, Dargey spent investors’ moneyon gambling trips to casinos, to pay a $31,000 jewelry bill and to help buy a luxury home in a poshBellevue neighborhood.

Federal immigration officials have ended his companies participation in the EB-5 program. Appeals havebeen filed on behalf of investors.

A Las Vegas-based developer bought the Potala Tower project in October in a court-approved sale.