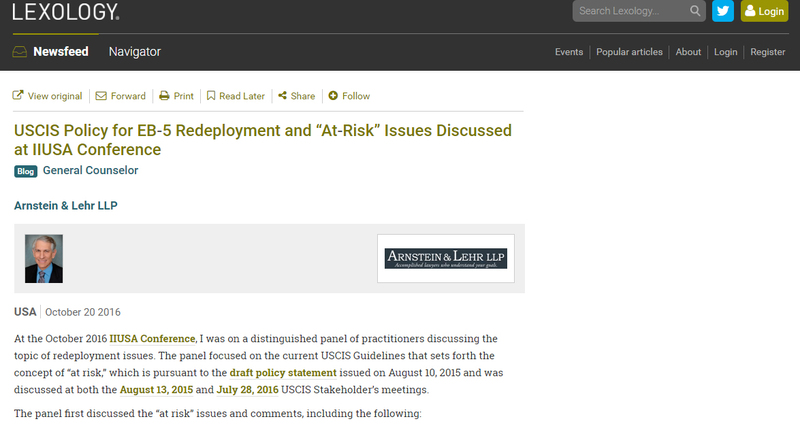 At the October 2016 IIUSA Conference, I was on a distinguished panel of practitioners discussing the topic of redeployment issues. The panel focused on the current USCIS Guidelines that sets forth the concept of “at risk,” which is pursuant to the draft policy statement issued on August 10, 2015 and was discussed at both the August 13, 2015 and July 28, 2016 USCIS Stakeholder’s meetings.

The panel first discussed the “at risk” issues and comments, including the following:

The next item discussed was the securities and corporate issues related to redeployment: