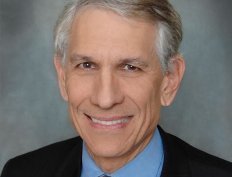 US Citizenship and Immigration Services (USCIS) administers the Immigrant Investor Program, also known as EB-5. Congress created it in 1990 to stimulate the US economy through job creation and capital investment by foreign investors.  Still, there are plenty of misunderstandings around the EB-5 program.

GlobeSt.com caught up with Arnstein & Lehr partner Ronald R. Fieldstone, to wade through the myths and truths about the EB-5 program in part three of this exclusive interview. You can still read parts one and two: What if the EB-5 Program is Not Renewed and What Chinese Investors Really Want.

GlobeSt.com: What are some of the myths and truths about the EB-5 program?

There are significant barriers to funding that need to be overcome, including the vigorous due diligence process involved. EB-5 investors tend to be smart and educated on the subject, and the marketing agents that really direct traffic are generally very diligent in analyzing and reviewing projects in much the same manner as a U.S. bank and financial institution would review a project in making a loan.

Another myth in the EB-5 program is that there are not too many regulations or overviews of the program and that there are abuses. Although abuses exist, the EB-5 program has a significant amount of review and regulation, including USCIS, the SEC, the professionals that undertake the representation of the projects and provide a check and balance in the process, as well as the licensed regional centers that have an obligation to insure regulatory compliance with respect to the EB-5 funding.

Another myth of the EB-5 program is that the financing is really cheap. It is not. There are up-front costs to prepare the necessary offering documents and filings with the USCIS and the Securities and Exchange Commission that can easily amount to $100,000 to $125,000 per project.

In addition, when adding in the interest to the investor and the payments to the marketing agents, the effective interest cost may be as high as 6% per annum or more. However, compared to traditional financing, this may still be much cheaper given the alternatives for obtaining secondary or mezzanine financing or financing for operating businesses for which capital may not readily be available or any less expensive.

Fieldstone: The truth is that EB-5 is a win-win situation given the fact that very wealthy foreigners are investing a minimum of $500,000 to migrate their families to the United States. Statistics have proven that these migrants not only make an investment that creates thousands of jobs, but the migrants themselves are self- sufficient and pay US income tax that has significantly helped the economy.

The EB-5 program has assisted in the development of projects that may otherwise not have been developed given the ability of obtaining EB-5 capital at an effective interest cost lower than market as well as typically on a non-recourse basis, which is very appealing to developers. This is especially true after the recent recession where financing dried up and alternative financing was the only way to develop projects.

GlobeSt.com: What role do you play in helping secure EB-5 financing? Can you mention some of the projects you are involved with?

Fieldstone: Our firm serves as corporate and securities counsel for multifaceted industries involving EB-5 immigrant visa investor offerings. We represent developers and regional centers. Since 2009, we have been involved in more than 150 projects with a combined capital raise of $2 billion plus.

Nationally, we were involved in the $900 million SLS Hotel in Las Vegas, the billion-dollar Atlantic Yards project in Brooklyn, the Hunter Point residential project in San Francisco and the Hollywood Park and Metropolis projects in Los Angeles.