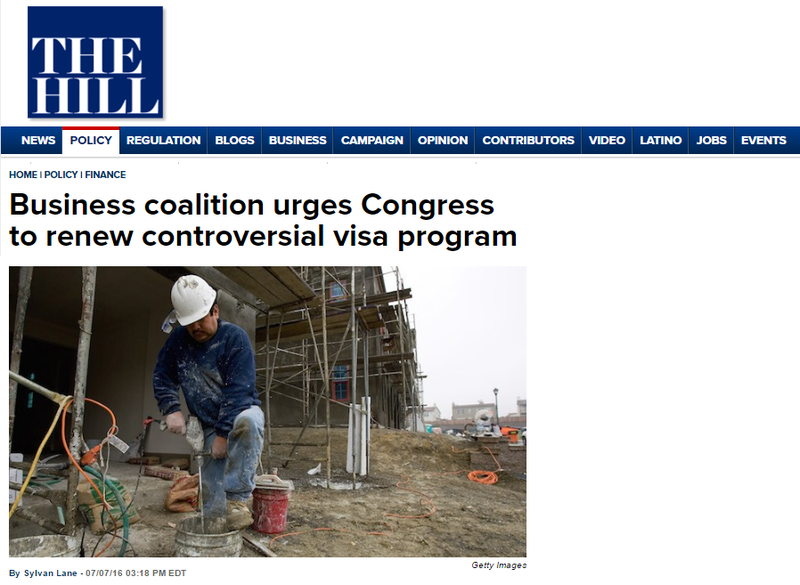 A coalition of business groups is pushing Congress to permanently renew a controversial investor visa program before it expires in September.

The coalition is made up of the U.S. Chamber of Commerce, the Real Estate Roundtable, the American Immigration Lawyers Association, the EB-5 Investment Coalition and Invest in the USA.

In a letter shared with The Hill on Thursday, those groups called on lawmakers to renew the EB-5 investor visa program with bolstered security and anti-fraud checks, adjustments to highly criticized investment incentives and streamlined visa processing.

“Congress must not let this important job-creating program lapse, in large measure because of the immediate negative consequences to U.S. businesses and projects counting on EB-5 investment to create jobs for Americans,” wrote the groups to the Senate and House Judiciary committees.

But the visa program is riddled with fraud and national security risks, according to several government watchdog reports, and critics say its current use falls short of the program’s original goal to reinvigorate economically failing areas.

An attempt to renew the program in December through a year-end government funding bill failed during a squabble between Senate powers. There’s wide agreement among lawmakers on stronger anti-fraud and national security provisions, and the coalition backs such updates.

The business coalition didn’t outline a specific fix but supports measures that would narrow the gap between TEA and non-TEA investment levels and increase the levels that would keep American projects competitive worldwide.

“Lawmakers and stakeholders with diverse perspectives should all be involved to build consensus and forge a compromise reform package,” wrote the coalition. “We stand ready to assist Congress in the development of a consensus package of effective, fair, and lasting reforms to the program.”