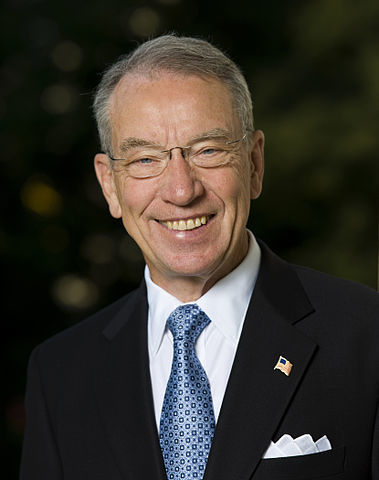 A visa program intended to encourage wealthy foreigners to invest in high unemployment areas in the U.S. is instead being used to direct money to luxury establishments in affluent areas, according to Senate Judiciary Chairman Chuck Grassley (R-IA).

Grassley has been a critic of the current state of the EB-5 visa program — which allows foreigners to invest in U.S. businesses in exchange for permanent residency — arguing the program is susceptible to fraud, lacks oversight and has questionable benefits. In a floor speech Wednesday the Iowa lawmaker decried yet another cause for concern: gerrymandering investment regions.

There are two avenues and two prices for foreign investors to take in order to obtain a green card via the EB-5 visa program. The first has him or her investing $1 million in a new business that creates 10 full-time jobs. The second path allows the investor to spend $500,000 in a rural or high unemployment area known as a “Targeted Employment Area.”

“Four-star hotels and commercial office buildings are being built with foreign investment dollars in affluent urban neighborhoods rather than high unemployment and rural areas, which Congress intended to benefit,” Grassley said on the Senate floor Wednesday, according to prepared remarks.

“This has been done by ‘gerrymandering’ the boundaries of the Targeted Employment Area to include, at one end, the affluent census tract in which the building project is located, and at the other end, perhaps many miles away, a census tract with high unemployment,” he added.

News outlets have highlighted apparent misuses of the Targeted Employment Area threshold. Grassley pointed to a September Wall Street Journal report detailing that the Hudson Yards project in midtown New York City qualified as a targeted investment because the boundaries for the area were drawn to include a public housing project.

Another example, reported by the New York Times, revealed that the boundaries putting the lower Manhattan Battery Maritime Building in a targeted area required geographical acrobatics to include a housing project in Brooklyn.

“In other words, the developers did everything they could to include the Farragut Houses project — which is a public housing community — to come in at the lower investment level,” Grassley said.

According to Grassley, who along with Senate Judiciary Committee Ranking Member Sen. Patrick Leahy (D-VT)6% has legislation aimed at reforming the EB-5 program, the phenomena is antithetical to Congressional intent.

“When it was created by Congress, we set two different investment levels, and clearly tried to steer this foreign capital to high unemployment and rural areas. That’s not happening,” Grassley said, noting that the Wall Street Journal reports that 80 percent of program money is being directed to projects in areas that, if not gerrymandered, would not qualify as being in Targeted Employment Areas.