Coventry Airport To Grow As Developers Look To Attract Visitors, Residents To NEK 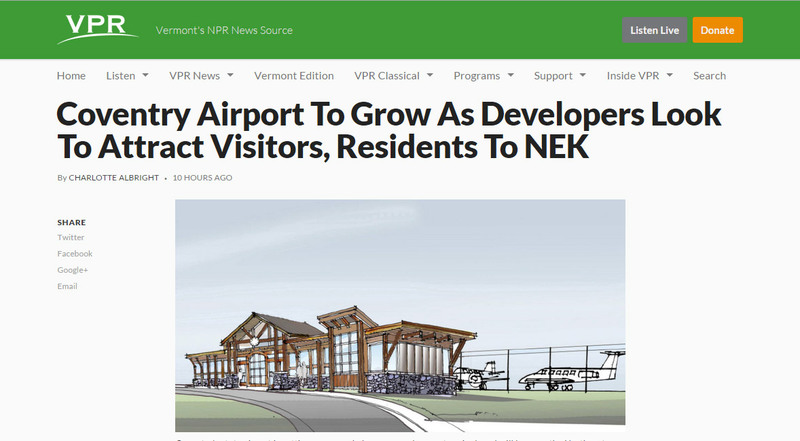 Northeast Kingdom developer Bill Stenger has unveiled the design for a new airport terminal to be built at the state airport in Coventry.

Stenger showed the architectural rendering at a meeting this week of the Northeast Kingdom Airport Committee, a group of policy makers and citizens overseeing changes to the runway and adjacent buildings.

The terminal is on state land but the building is owned by Stenger and his partner, Ariel Quiros Jr. They have been tapping the federal EB-5 program, which offers visas for investments in this and other economic developments in northeastern Vermont. Stenger says a good international airport and amenities are crucial to all the other projects, including ski resorts, a bio-tech lab and a small aircraft manufacturing plant at the airport.

“It fits into a broader and, I think, balanced and exciting airport facility that will employ people, serve our community well, and be an asset for the developing business and activities in the community that are ongoing right now," Stenger told the group. "And be ... a great welcoming center for a broader group of private aviation lovers who will be gravitating, we hope, to this growing and exciting airport."

A runway expansion already underway is pleasing some of the private pilots who attended the meeting. They will form a sub-committee to review the terminal design more thoroughly. Jen Davis, a flight instructor at the airport, would like to see a little more glass on the runway side of the terminal so visitors would get an instant view of the planes. 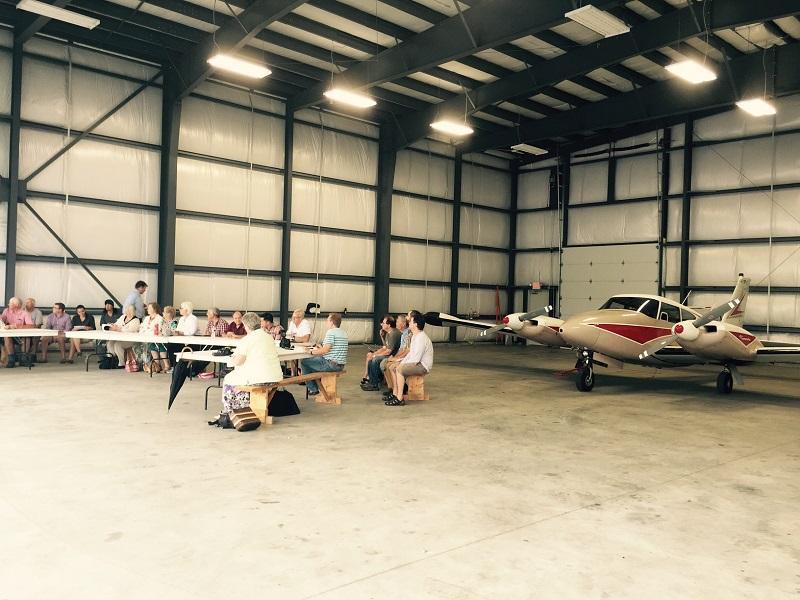 To accommodate international traffic, U.S. Customs and Border Patrol will have to set up shop in the terminal, and those negotiations are taking a long time.

“I am really excited about the runway and excited to get more planes into Newport,” Davis said.

And Stenger hopes many of those planes will carry Canadians from nearby Sherbrooke, which now relies on the larger and more distant Montreal airport. But to accommodate international traffic, U.S. Customs and Border Patrol will have to set up shop in the terminal, and those negotiations are taking a long time. Also on hold is the manufacture of a German ultra-light plane awaiting approval in Europe. But otherwise changes are moving fast at what used to be a tiny rustic landing strip.

Matt Sims is so hopeful that it will be an aviation magnet that he has already built two hangers there, which he hopes will support his own general aviation business, and perhaps others. Sims was born in South Burlington and remembers how expanding the Burlington airport spurred an economic boom in Chitttenden County. 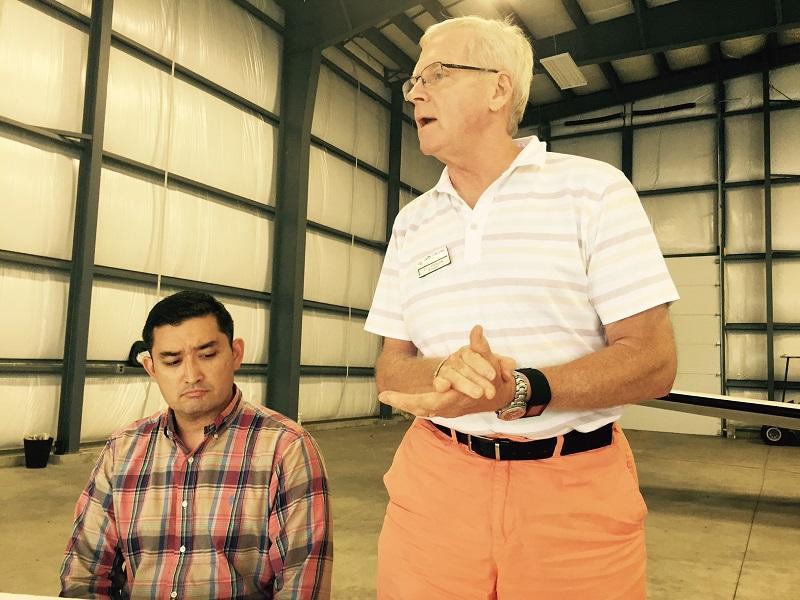 Bill Stenger, right, and his partner Ariel Quiros Jr. have been tapping the federal EB-5 program, which exchanges visas for investments in this and other economic developments in northeastern Vermont.

“To me the Northeast Kingdom is on a similar trajectory, just about 60 years later,” Sims said.

Stenger says funding for the expansion will be a mixture of sources, including, but not limited to, EB-5 investments. The state airport at Coventry is changing its name to the Northeast Kingdom International Airport, which will become official at a groundbreaking for the expanded runway scheduled for October.