A program that grants permanent legal residency to immigrants who invest at least $500,000 in U.S. businesses would be reauthorized with increased federal oversight under a bill co-sponsored by U.S. Sen. Chuck Grassley.

The Iowa Republican has been one of the biggest critics of the foreign investment program known as EB-5.

The bill, co-sponsored by Sen. Patrick Leahy, a Vermont Democrat, includes several measures to increase federal oversight of foreign investors and the U.S. businesses that take their money.

Grassley said changes to the program could spur more investment in rural states like Iowa, by changing how rural and high-unemployment areas are defined. 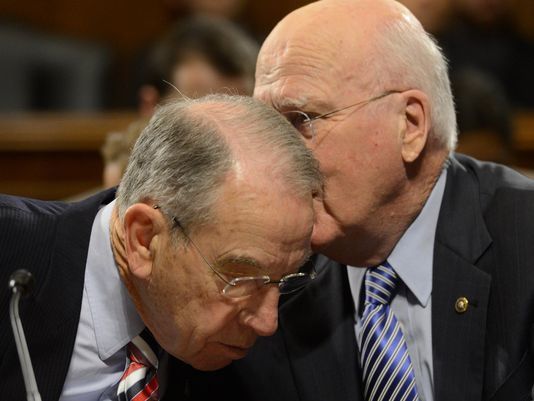 A portion of the investments must go to "targeted employment areas" or TEAs.

But most projects — even those in wealthy urban areas — are in targeted employment areas because developers include nearby poor neighborhoods when creating the TEA's boundaries.

Grassley's bill would limit TEAs to one census tract.

"This is supposed to be tied to high-unemployment and rural areas, but the gerrymandering prevents that from happening," he said.

The American Job Creation and Investment Promotion Reform Act also would increase the minimum foreign investment from $1 million to $1.2 million and from $500,000 to $800,000 for TEA projects.

Grassley said there is momentum in Congress to reauthorize the EB-5 program, which sunsets at the end of September.