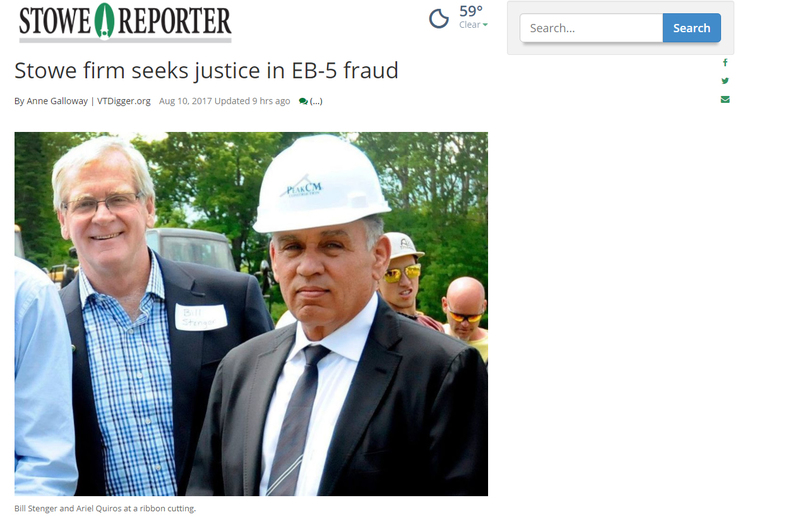 Bill Stenger and Ariel Quiros at a ribbon cutting.

A Lamoille County judge has ruled that, for now, defrauded EB-5 investors in a class-action lawsuit against the state cannot take the deposition of a key whistleblower in the case.

Judge Thomas Carlson quashed the plaintiffs’ request for the under-oath interview with Douglas Hulme, citing state rules on how cases should proceed. Depositions and other forms of discovering evidence have to wait until the defense has a chance to respond to the suit, Carlson ruled.

Barr and Associates, a Stowe law firm, is representing the investors, and wants depositions from 10 people, starting with Hulme, and the release of all records pertaining to the EB-5 program.

The suit alleges the state was complicit in allowing 800 investors to be systematically defrauded by Bill Stenger, the CEO and president of Jay Peak, and Ariel Quiros, the owner of the resort and other properties.

Carlson ruled on a motion from the Vermont Attorney General’s Office, and the judge agreed that the plaintiffs’ requests violated the rules on how cases should unfold.