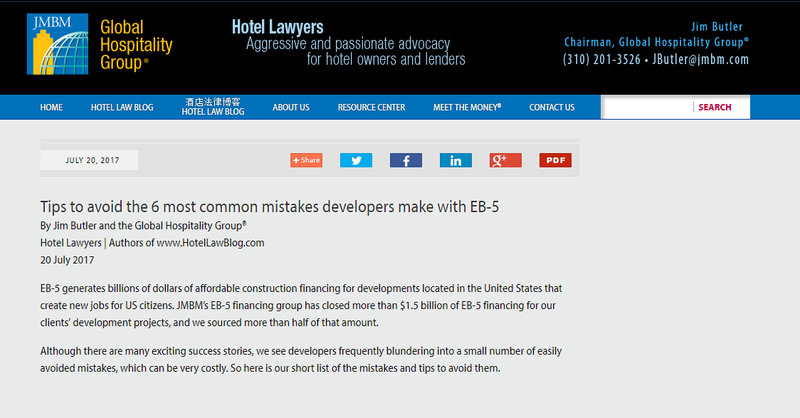 Although there are many exciting success stories, we see developers frequently blundering into a small number of easily avoided mistakes, which can be very costly. So here is our short list of the mistakes and tips to avoid them.

There are a number of mistakes developers often make with EB-5 financing. Here are a few tips to avoid 6 of the most common mistakes:

How to get help evaluating and executing on EB-5 financing.

We have a lot of practical experience in helping our developer clients raise EB-5 funding. If you would like some help to evaluate whether EB-5 could work for you, or what strategy is best for you, then give us a call. There is no cost for an initial discussion.