At this remote outpost by the Canadian border, Bill Stenger is overseeing what he says is the biggest economic development project that Vermont has ever seen.

He is expanding the Jay Peak ski resort, which he co-owns, but he is also building a biomedical research firm and a window manufacturing plant, extending the runway at the local airport and rehabilitating much of the nearby town of Newport, where he lives. There, he is developing the waterfront, adding the town’s first hotel and a conference center and rebuilding an entire downtown block. He is also creating what he says is the largest indoor mountain bike park in the world and a state-of-the art tennis center.

The price tag for the entire project, which Mr. Stenger says will create 10,000 direct and indirect jobs over several years, is $865 million.

But even more unusual than the size of the undertaking is the method by which Mr. Stenger and his business partner, Ariel Quiros, are financing it. They have tapped into a federal program that gives green cards, or permanent residency, to foreigners who invest at least $500,000 in an American business — the reward for the investment is a chance at United States citizenship. 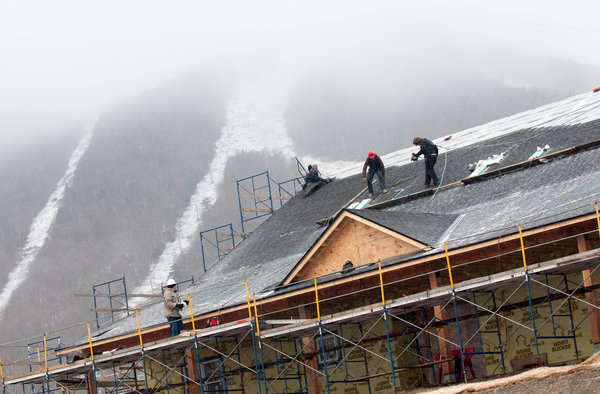 Work has begun at Jay Peak in Vermont with financing secured through a visa program that gives investors permanent residence.

Mr. Stenger has already attracted 550 foreign investors from 60 countries to put up $275 million for the first phase: a hotel at the Jay Peak ski complex, an indoor water park the size of a football field, an ice hockey arena, condominiums, restaurants and stores.

The second and third phases, now under way, require 1,000 additional foreign investors to put up $500 million to overhaul Newport and to develop the nearby Burke Mountain ski area.

Mr. Stenger and Mr. Quiros are putting up $90 million themselves. But even at $785 million, this is one of the single biggest projects in the country financed under the investor program.

Congress created the visa program in 1990 to help stimulate the economy. Because of a cumbersome process and complaints of fraud and corruption, it was long underused.

But a confluence of events in recent years has led to its rather sudden revival: the program was improved; the financial crisis of 2008 made it hard for developers to get loans from commercial banks; and foreign nationals, especially in China, were accumulating vast wealth and were eager for their children to study and live in the United States. 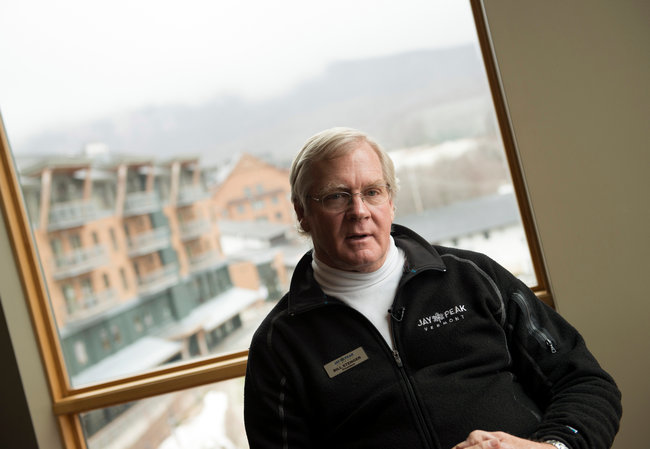 The program is now growing so rapidly that in the next year or two the number issued will probably reach the annual limit of 10,000. For the first time in the program’s history, applicants may be turned away.

Mr. Stenger, 64, who began his career as a ski instructor, and Mr. Quiros, 56, who spent years in the import-export business and already owned thousands of acres here, began leveraging the visa program five years ago, in the early stages of its revival. Along with state officials, who monitor and audit their projects, and Senator Patrick J. Leahy, a Democrat who has championed the program in Washington, the two men have sought to make Jay Peak a national showcase for the investor program.

Mr. Quiros said these projects would have been impossible without it.

“It’s too hard to get money of this magnitude,” he said, “especially with the economic situation that exists today.”

The immigrant investors do not have to get involved in the business, though it must create or save at least 10 jobs, and they can live anywhere they want.

One potential investor in Jay Peak is Steve Green, 49, an Englishman who has had a successful career in banking and reinsurance and has lived in Bermuda for 25 years. 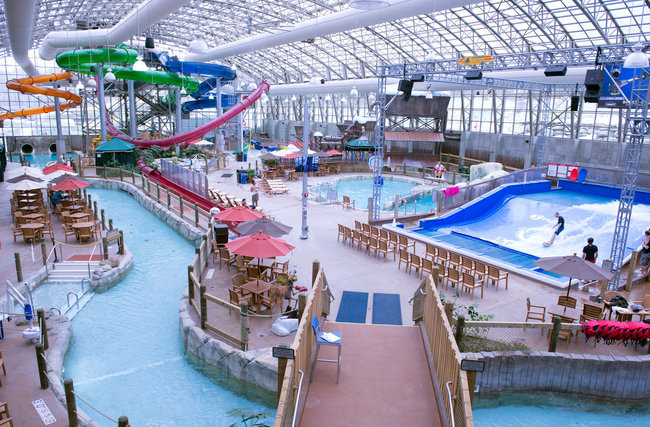 The resort has become a year-round destination in part because of an indoor water park.

“The reason to explore this and potentially to do it — and I’m more than 50-50 inclined to do it — is that it would give me an opportunity to relocate in the United States, keep a small home in Bermuda, spend the majority of my retirement in the United States and confer those rights on my children,” he said in a telephone interview from Bermuda.

Mr. Green said his hesitation about investing here stemmed from uncertainty over what kind of financial return he would get. “There is a substantial risk that you don’t get anything back,” he said.

Investors must put up $1 million for a visa, but if they invest in a rural area or one with high unemployment, that is reduced to $500,000.

This corner of Vermont, called the Northeast Kingdom, is certainly rural. The construction going on here would make a splash anywhere, but in this stretch of mountains and dairy farms, the scope of Mr. Stenger’s vision is so vast that many residents say they are still trying to comprehend it.

The 10,000 anticipated jobs are twice the population of Newport; the $500,000 from one investor is equal to the town’s annual budget.

“It’s hard for us to wrap our head around what $200 million is going to mean,” said Patricia Sears, the executive director of the Newport City Renaissance Corporation, a nonprofit group that promotes development. “Even $5 million is a lot of millions to us.” 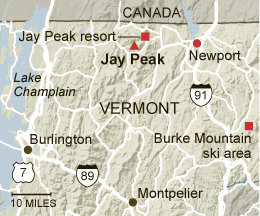 The town is trying to prepare for the coming transformation. State and local officials are planning ways to train and educate residents for the anticipated jobs — Mr. Stenger said 75 percent of the work force would be Vermonters. And the town has adopted a zoning code that it hopes will keep Newport’s small-town character.

But the sweeping overhaul has created concerns. Some worry that Newport will become gentrified and too expensive, especially for older residents. They expect traffic jams. And some say that however beneficial the project may be in creating short-term jobs, it will never attract enough business to sustain itself because the region is so remote.

“There’s a level of nervousness — watching Bill spend money is like watching my grandson spend Monopoly money,” said Chris Braithwaite, the publisher of the local newspaper, The Barton Chronicle. “But Bill has been here a long time and has a real commitment to this community.”

Some residents are already being confronted with new realities. At the Family Recipe, a small restaurant on Main Street, Carol Bonneau, 50, the owner, said she felt as if the rug was pulled out from under her when she learned that her business — and the entire block on which it sits — would be razed. She said she was losing her investment and had no idea where she would go.

Mr. Stenger said he planned to talk with everyone who would be dislocated and help them find new opportunities. As for how to make his projects sustainable, he said they would draw visitors, including thousands of Canadians from just over the border, by their quality.

“We need striking and unique facilities to move people,” he said at a recent gathering of government officials and educators who are planning for the new growth. The water park at Jay Peak, with its retractable roof, is an example of his approach; it provides “weatherproof” recreation at a ski resort that cannot always guarantee enough snow, and it has helped turn Jay Peak into a year-round destination.

Mr. Stenger dismissed criticism that the visa program simply allowed rich people to jump ahead of others in line for citizenship.

“Yes, it’s true that the investment is getting them their green card,” Mr. Stenger said. “But to say they’re buying their way into the country — well, they’re investing in products and programs that are having a tremendously positive impact on the community.”