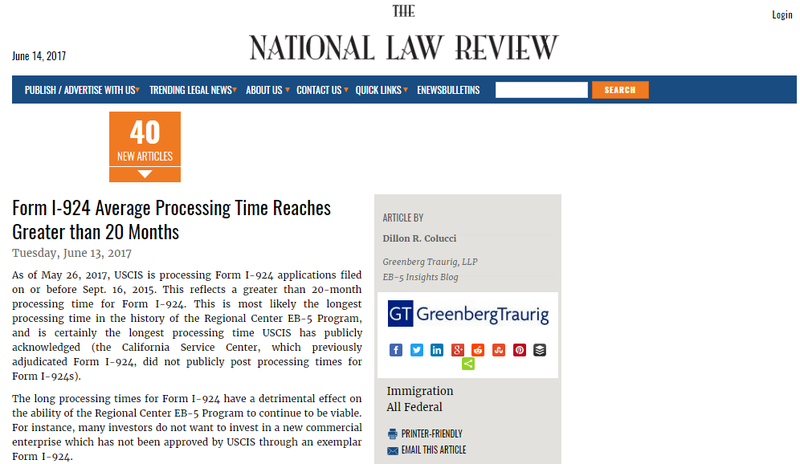 The long processing times for Form I-924 have a detrimental effect on the ability of the Regional Center EB-5 Program to continue to be viable. For instance, many investors do not want to invest in a new commercial enterprise which has not been approved by USCIS through an exemplar Form I-924.  However, in order to be eligible to receive approval of an exemplar Form I-924, the application must include more details than a hypothetical or actual project, and the project itself must be “shovel ready.” In order for a project to be “shovel ready,” the project typically has to be ready to proceed with substantial construction at the time of filing the exemplar Form I-924. One way to demonstrate this is to show that all financing (save for the EB-5 financing) is in place and all permits necessary for the project to move forward have been secured.

The current solution to this issue is the procurement of bridge financing sufficient to allow the project to proceed on an interim basis until USCIS adjudicates the exemplar Form I-924. If bridge financing cannot be obtained, the project and its investors may suffer as a result of USCIS’ increasing processing times.