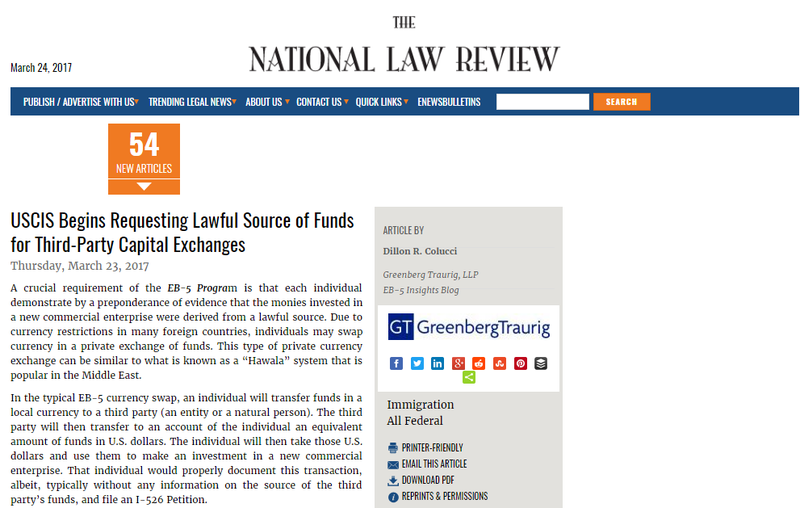 A crucial requirement of the EB-5 Program is that each individual demonstrate by a preponderance of evidence that the monies invested in a new commercial enterprise were derived from a lawful source. Due to currency restrictions in many foreign countries, individuals may swap currency in a private exchange of funds. This type of private currency exchange can be similar to what is known as a “Hawala” system that is popular in the Middle East.

Until recently, USCIS did not question the source of funds of the third party assisting in the currency swap. However, it appears USCIS has shifted their internal policy and has started issuing requests for evidence for each case where a third party assisted in the exchange. This appears to be the case regardless of whether the third party is an entity or a natural person. Individuals who have previously filed an I-526 Petition without documenting the source of funds for the third-party should consider preparing for the potentially issuance of a request for evidence. Individuals who have not yet filed an I-526 Petition, but intend to use the third-party capital exchange method for transferring funds, should consider collecting documents regarding the source of the third party’s funds, which may help reduce the chances of a request for evidence.