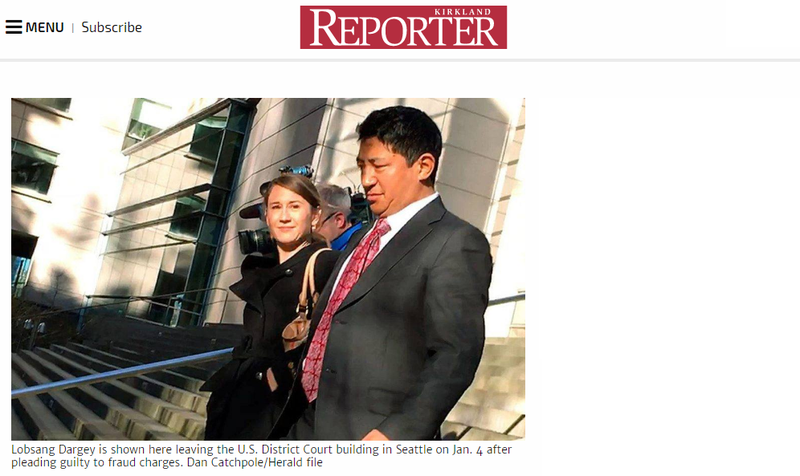 Embattled real estate developer Lobsang Dargey has dropped his fight against a federal lawsuit accusing him of defrauding investors and misusing their money.

The proposed settlement with the U.S. Securities and Exchange Commission puts Dargey on the hook for nearly $18.4 million and prohibits him from having any role in the issue, offering or sale of certain securities. The motion was filed Thursday in U.S. District Court in Seattle. It requires approval by U.S. District Judge James Robart to take effect.

Dargey also faces as much as 10 years in federal prison after pleading guilty in January to criminal charges of wire fraud and misleading U.S. immigration officials. He also agreed to pay back more than $24 million to 282 investors.

Both the criminal and civil cases came from his use of foreign investors to bankroll his meteoric rise as a real estate developer in Everett and the Seattle area, including Kirkland.

If Dargey pays the $24 million to investors and hands over ownership of his real estate holdings to a court-appointed receiver, he will not have to also pay the $18.4 million he is liable for in the civil case, according to the proposed settlement.

The Tibetan native got into real estate in 2006, when he bought and refurbished the Everett Public Market in downtown Everett. By 2015, his development projects included Potala Place, a 220-unit apartment building in downtown Everett and Potala Tower, a proposed 41-story tower in Seattle. Dargey has also planned to build Potala Village in Kirkland.

His rapid rise was fueled by Chinese investors. Nearly 300 of them put more than $150 million into projects in Everett and Seattle as part of the federal EB-5 program, which offers foreigners a short-cut to green cards if they invest money in projects creating jobs in the United States.

However, Dargey secretly siphoned off investors’ money to use on other projects and for personal expenses, including a luxury house in Bellevue, expensive jewelry and trips to casinos.

His sentencing in the criminal case is scheduled for April 6.