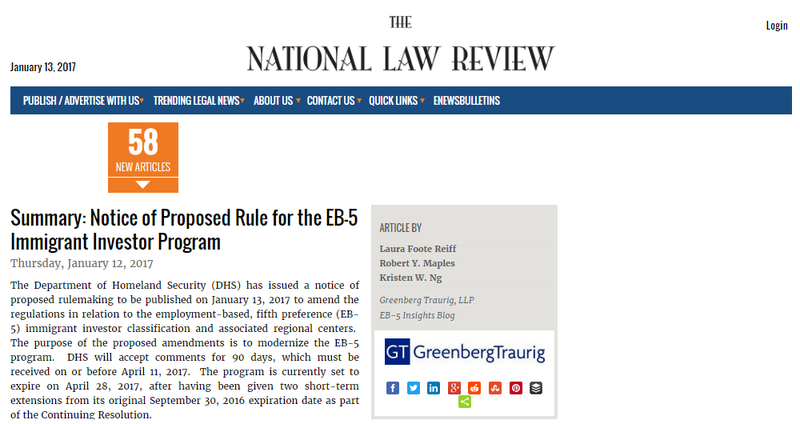 The Department of Homeland Security (DHS) has issued a notice of proposed rulemaking to be published on January 13, 2017 to amend the regulations in relation to the employment-based, fifth preference (EB-5) immigrant investor classification and associated regional centers.  The purpose of the proposed amendments is to modernize the EB-5 program.  DHS will accept comments for 90 days, which must be received on or before April 11, 2017.  The program is currently set to expire on April 28, 2017, after having been given two short-term extensions from its original September 30, 2016 expiration date as part of the Continuing Resolution.

The notice of proposed rulemaking (NPRM) proposes a number of amendments that would greatly change the EB-5 program.  A summary of the major provisions are provided below:

The NPRM’s stated aim is to reflect statutory changes and to modernize the EB-5 program. Stakeholders are encouraged to review all materials and prepare to comment.