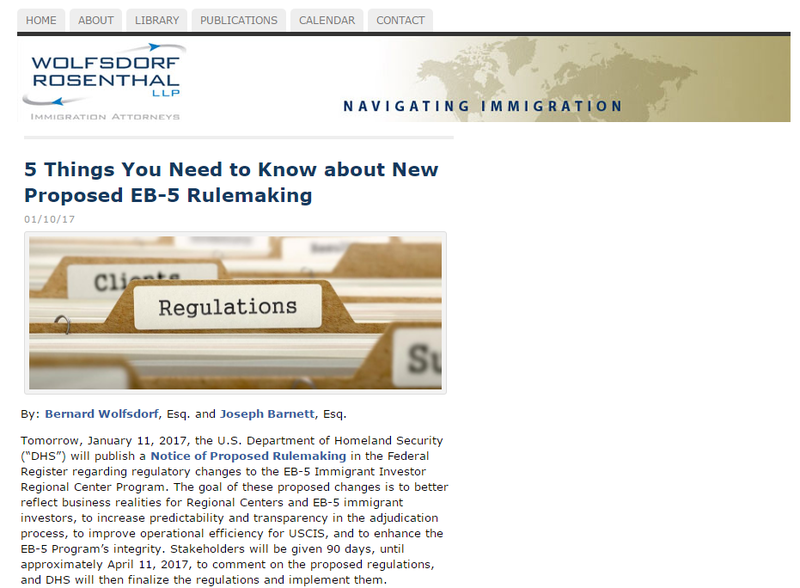 Tomorrow, January 11, 2017, the U.S. Department of Homeland Security (“DHS”) will publish a Notice of Proposed Rulemaking in the Federal Register regarding regulatory changes to the EB-5 Immigrant Investor Regional Center Program. The goal of these proposed changes is to better reflect business realities for Regional Centers and EB-5 immigrant investors, to increase predictability and transparency in the adjudication process, to improve operational efficiency for USCIS, and to enhance the EB-5 Program’s integrity. Stakeholders will be given 90 days, until approximately April 11, 2017, to comment on the proposed regulations, and DHS will then finalize the regulations and implement them.

Here are five things you need to know:

This post is designed to provide practical and useful information on the subject matter covered. However, it is provided with the understanding that no legal, tax, accounting, or other professional services are being rendered or provided. If legal advice or other expert assistance is required, the services of a competent professional should be sought.