Ariel Quiros, who is accused of masterminding a $200 million fraud at Jay Peak, has formally denied the allegations against him filed by the U.S. Securities and Exchange Commission.

Quiros has asserted 34 "affirmative defenses," including a claim the SEC failed to make its allegations with "sufficient particularity."

An amended civil complaint by the SEC, filed in May in federal court in Miami, is 86 pages. Quiros' response, filed Dec. 21, is 52 pages.

In his answer, Quiros asks the court to dismiss the SEC's complaint in its entirety, enter a judgment in favor of Quiros against the SEC, and award him his costs, including "discretionary costs and attorney's fees." Quiros also demands a trial by jury, should the complaint not be dismissed.

The SEC has asked the court for an extension to Jan. 25 to file a motion to strike Quiros' affirmative defenses.

Quiros and business partner Bill Stenger were first accused of fraud by the SEC and the state Department of Financial Regulation in April. Stenger is a long-time resident of Newport and was president and CEO of Jay Peak. Quiros lives in Key Biscayne, Florida.

The SEC and the state alleged Quiros and Stenger perpetrated a "Ponzi-like" scheme in which they diverted money raised from foreign investors in a federal program known as EB-5 to a variety of shell companies and financial accounts — in the case of Quiros for his personal benefit. The SEC alleges that the $200 million fraud included $50 million that went directly to Quiros to pay his taxes and buy two luxury condos in New York City, among other uses.

Under the EB-5 program, foreign nationals who invest $500,000 in a project in an economically depressed region of the country can receive residency if the project creates a specified number of jobs. In its complaint, the SEC says Stenger and Quiros "misused" some $200 million of the more than $350 million they raised from hundreds of foreign investors.

The SEC's allegations are civil, not criminal, but the U.S. Attorney's Office in Vermont says a criminal investigation is ongoing. 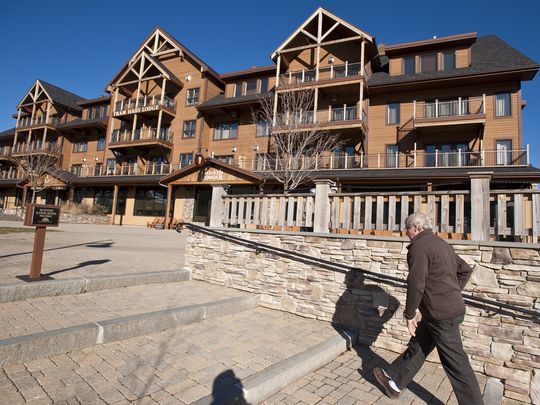 Jay Peak Resort president Bill Stenger passes in front of some of the resort's recent construction projects on Monday, November 19, 2012.

Pieciak said the settlement eliminated the possibility that Stenger would be placed in a position where he has to "go on the record about certain facts that could be used against him in a criminal proceeding." At the same time, Stenger can no longer deny any of the allegations in the SEC's complaint. 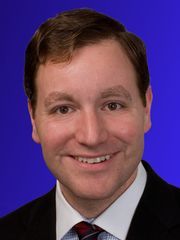 Michael Pieciak, the commissioner of Vermont's Department of Financial

Regulation, is pictured in this courtesy photo from 2011.

Pieciak said in September that Stenger's settlement with the SEC has no bearing on the state's case against him, and said the state's litigation is "very much active."