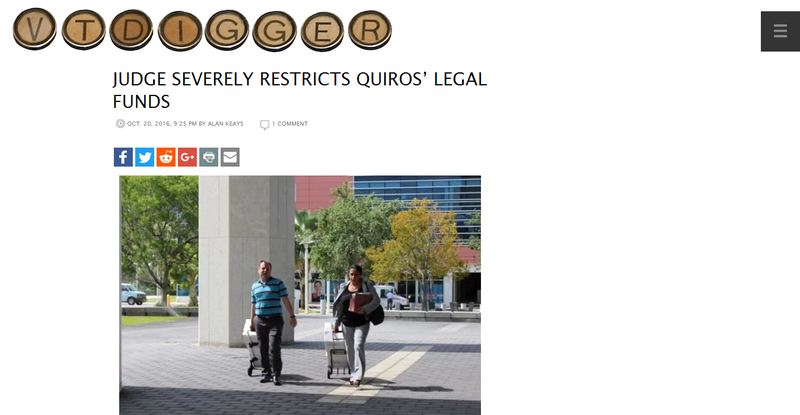 A federal judge will allow Ariel Quiros to use a small fraction of the proceeds from a New York City condo to pay his mounting legal bills. The amount is nowhere near what the Miami businessman was seeking to defend himself against allegations of investor fraud.

Judge Darrin P. Gayles ruled Thursday at the end of a nearly hourlong hearing in U.S. District Court in South Florida that he will permit Quiros to use of $80,000 for his legal bills from the proceeds of a mortgaged luxury condo in Manhattan.

Quiros, who owned the Jay Peak and Burke Mountain resorts, had been seeking approval for up to $1.5 million for legal expenses that he racked up in his defense. In April, federal and state regulators accused him and business partner, William Stenger of Newport, of the largest fraud scheme in the Vermont’s history.

“There is a lot for the court to untangle,” Gayles said near the start of the hearing Thursday as he listened to arguments from attorneys for Quiros as well as the U.S. Securities and Exchange Commission, which filed the federal civil fraud action.

Federal regulators allege Quiros and Stenger defrauded more than 700 investors from 74 countries who invested in developments at Jay Peak and Burke Mountain in exchange for permanent residency in the United States.

After hearing from the lawyers for the SEC and Quiros, Gayles ruled from the bench.

“I am going to award some amount of attorneys’ fees at this juncture,” Gayles said.

The judge said he sought to balance “competing interests” — Quiros’ need to defend himself and the need to protect assets on the behalf of investors. A “reasonable amount [for the defense] under the circumstances,” he said, is $80,000 — a far cry from the $1.5 million Quiros originally sought.

“While that seems like an insignificant amount as to the defendant considering the litigation involved, it may seem to be quite a large amount to the investors,” Gayles said, adding he was not assuming wrongdoing on the part of Quiros or taking a stand on the SEC’s case. 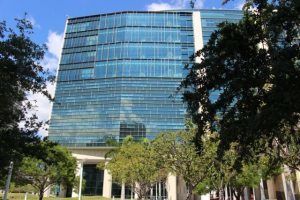 “That amount,” he continued, “considering the overall amount of fraud and the number investors, it really is relatively a small amount keeping in mind the defendant’s need to mount some defense in this case.”

He then ended the hearing. “That is my decision for today.”

In a later one-paragraph order, the judge spelled out details in the ruling.

Gayles wrote that the receiver will release $80,000 to Mitchell Silberberg & Knupp, LLP, Quiros’ law firm, to pay attorneys’ fees, experts, and/or other costs.

In a separate order, the judge wrote that he was canceling a hearing set for next month to consider a request from another law firm to allow them to be paid $96,930 for representing Quiros from the beginning of April through the middle of May.

“While the Court has provided Defendant Quiros with limited access to otherwise restricted funds to pay some of his current counsel’s fees and costs, Berger Singerman is no longer Quiros’ counsel or actively involved in this action,” Gayles wrote. “The Court does not find it appropriate to resolve a private attorney’s fee issue between Quiros and his prior counsel in this action.”

In the courtroom Thursday, attorneys spent almost 60 minutes battling back and forth over the matter of attorneys’ fees, agreeing on very little and reiterating arguments made in recent weeks in voluminous court filings.

The lawyers sparred on everything from the hourly rates charged by attorneys for Quiros to the value of the assets seized by federal authorities and currently managed by the court-appointed receiver.

SEC attorneys have said in court filings that Quiros is “quickly squandering” funds from investors he allegedly defrauded by paying “exorbitant” rates for attorneys of as much as $800 an hour from a “boutique” New York City law firm.

Attorneys for Quiros have countered in their filings that SEC lawyers are making “ad hominem” attacks on their client, comparing him to a “bank robber.”

They counter that Quiros is innocent until proven otherwise, and he should be allowed to defend himself against the SEC’s 52-count fraud case.

David Gordon, lead attorney for Quiros, argued for a much higher figure for legal fees than the $80,000 awarded. Court filings submitted by Quiros had pegged the amount of his unpaid lawyer bills at nearly $1.5 million.

“Why is there a need for so many law firms?” Gayles asked Gordon on Thursday.

Gordon replied that his client was not only contesting the SEC case, but four other legal actions, including the one brought by the state of Vermont and a federal class-action suit from investors filed in Florida.

He said that the legal team includes co-counsel from firms specializing in civil litigation in both Florida and Vermont, as well as another with a forte in criminal work. “Thankfully,” he added, work from that firm has been “minimal.”

No criminal charges have been filed against Quiros or Stenger, though the U.S.attorney’s office in Vermont is investigating.

Gordon said his client is frustrated with the increasing legal bills, but is satisfied with the representation he is receiving. The attorney said the legal team for Quiros is doing its best to keep cost down by “coordinating” efforts and trying to minimize expenses.

“It would be hard to do any less work,” he said.

However, Gordon said, the lawyers in the five cases against Quiros haven’t been as kind, rejecting requests to combine efforts on discovery issues, for example.

“Their response so far has been, ‘No,’” Gordon said of government litigators. He asked the judge for any assistance he could provide.

“It will financially ruin my client if he can’t defend himself,” Gordon added.

Christopher Martin, the SEC’s lead counsel, questioned whether funds from mortgaging the Setia condo in New York City should even be available to Quiros to use to pay his legal bills.

He claimed money for that $3.8 million purchase came from foreign investors through the federal EB-5 visa program who believed they were putting funds into one of a series of development projects in Vermont’s Northeast Kingdom headed by Quiros and Stenger. 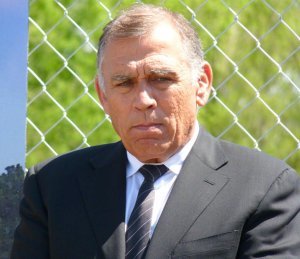 Gordon strongly disputed that any investor funds were used by Quiros in purchase that condo.

Martin suggested that funds for Quiros’ legal fees should come from the liquidation of his own residence.

In late May, Gayles approved $15,000 in monthly expenses for Quiros, paid by the Jay Peak receivership. Michael Goldberg, the federal court-appointed receiver, is now overseeing the properties in northern Vermont at the center of the alleged fraud case.

Also, the judge allowed Quiros to sell or mortgage the Setai condo to cover “reasonable” legal fees and living expenses.

Goldberg said at the hearing Thursday that he received a check for a little more than $1.1 million in the proceeds from the mortgaging of the condo. And, to date, he said, he has paid out three months worth of the allotted living expenses for Quiros, totaling $45,000.

Martin said that legal bills for Quiros show that most of the expenses are for work on cases other than the one brought by the SEC.

At the current “burn-rate,” Martin said, legal bills for Quiros will top $3.5 million for a one-year period.

The two men are accused of misusing more than $200 million in investor money raised through the EB-5 visa program to fund development projects in northern Vermont.

Those projects included hotels and a proposed biomedical center in Newport federal regulators have termed “nearly a complete fraud.”

Quiros is the owner of Q Resorts, a holding company that includes Jay Peak. Stenger is the former president and CEO at Jay Peak.

Each EB-5 investor puts $500,000, plus a $50,000 administrative fee into qualified projects. If that investment leads to the creation of 10 jobs, the investor becomes eligible for permanent U.S. residency.

Stenger, last month, settled his case with the SEC. He agreed to cooperate with investigators, though he still faces the possibility of a monetary penalty, based on his ability to pay and his level of cooperation.

Goldberg said at one point during the hearing Thursday that making the investors who were defrauded “whole” won’t be an easy task.

“The assets, as they exist now, will not be enough,” he said.