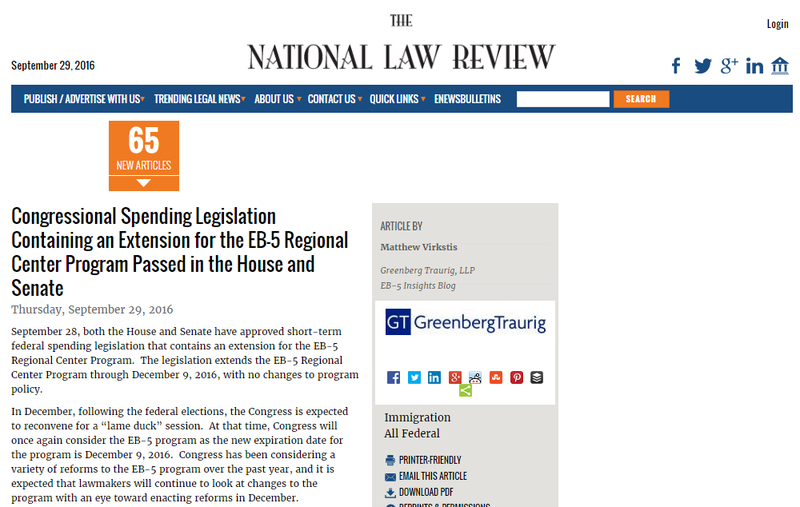 In December, following the federal elections, the Congress is expected to reconvene for a “lame duck” session.  At that time, Congress will once again consider the EB-5 program as the new expiration date for the program is December 9, 2016.  Congress has been considering a variety of reforms to the EB-5 program over the past year, and it is expected that lawmakers will continue to look at changes to the program with an eye toward enacting reforms in December.