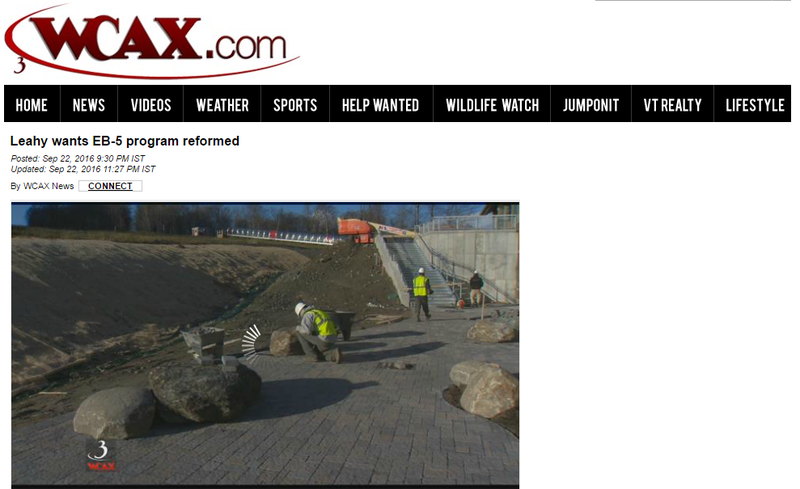 Sen. Patrick Leahy says he can no longer support the EB-5 program unless it is reformed and will even vote against a bill to keep the government running.

EB-5 is well documented for bringing millions of dollars from immigrant investors to Vermont for construction projects, like the Jay and Burke ski resorts. Those projects are now mired in scandal over how the money was spent. But that's not why Leahy is demanding reforms. He points to what he says are other abuses of EB-5 that have benefited wealthy business interests instead of poor, rural areas as originally intended.

"The EB-5 program of today is mired in fraud and abuse. It strayed from its important policy goals. The incentives that Congress created to direct investments to underserved areas-- the very reason I supported this program-- have been rendered meaningless," said Leahy, D-Vermont.

Senate leaders are aiming to extend EB-5 as is. That provision is included in the continuing resolution that provides stopgap funding to keep the federal government operating. But Leahy says he's prepared to vote against the funding bill because of his opposition to EB-5.