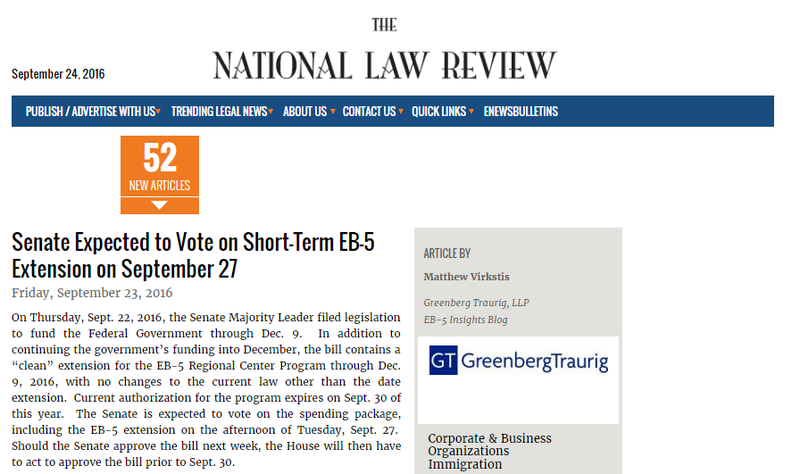 On Thursday, Sept. 22, 2016, the Senate Majority Leader filed legislation to fund the Federal Government through Dec. 9.  In addition to continuing the government’s funding into December, the bill contains a “clean” extension for the EB-5 Regional Center Program through Dec. 9, 2016, with no changes to the current law other than the date extension.  Current authorization for the program expires on Sept. 30 of this year.  The Senate is expected to vote on the spending package, including the EB-5 extension on the afternoon of Tuesday, Sept. 27.  Should the Senate approve the bill next week, the House will then have to act to approve the bill prior to Sept. 30.

In addition to continuing the authority for the EB-5 program, the bill contains extensions for three other immigration programs that are set to expire on Sept. 30, along with EB-5.  Those programs consist of the E-Verify employment verification program, the “Conrad 30” visa for rural physicians, and a visa program for nonminister religious workers.  These programs have traditionally been reauthorized together over the past several years.