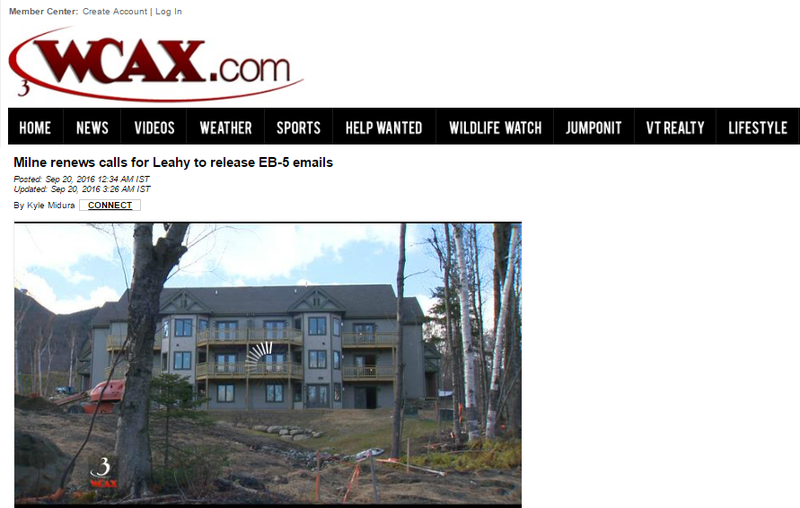 Milne is challenging Leahy, the country's longest serving senator. At a press conference Monday, Milne renewed calls for his opponent to release emails surrounding the immigrant visa program known as EB-5. The call comes in the wake of scandal surrounding the alleged massive fraud case involving developments at Jay Peak and Burke resorts.

Milne says Leahy's refusal to open up his records stands in stark contrast to his transparency rhetoric. "He refuses to be transparent when it comes to why and how so many of his fingerprints have ended up all over the EB-5 mess," said Milne.

"I am tired of him. He doesn't want to say anything to my face, even when I see him. He only talks to you guys, makes baseless charges," said Leahy.

Leahy says if Milne has concerns he should raise them with the U.S. Attorney, noting that Milne's only positions appear to be attacking him. He asked if Milne would release his own documents from his EB-5 trip to Asia with then Governor Jim Douglas.

In a statement, Milne says those documents involving himself and Douglas are already available for review at the state archive in Middlesex.

Leahy did say he's open to providing congressional emails through a Freedom of Information Act, but his support would depend on how any proposal is written.