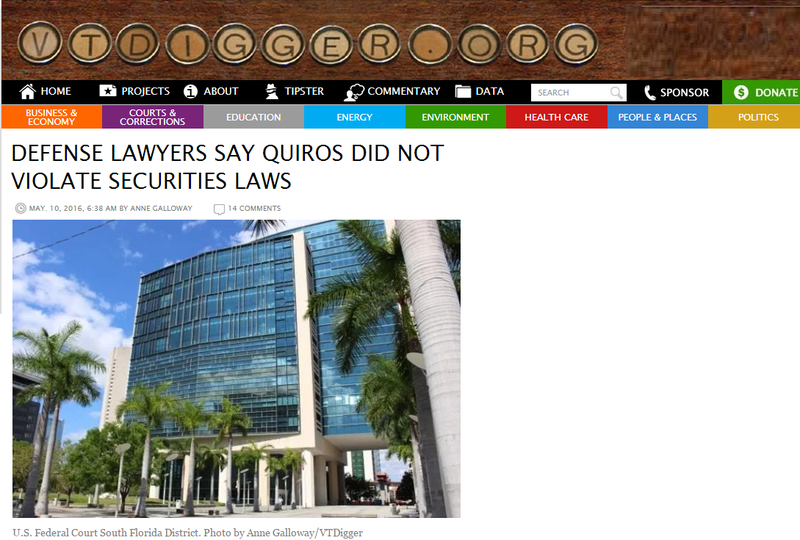 Defense attorneys asked a federal judge Monday to drop the SEC case against Ariel Quiros and return control over Jay Peak Resort to the Miami businessman.

David Gordon, a New York lawyer representing Quiros, said the Securities and Exchange Commission has no evidence that his client made misrepresentations to EB-5 immigrant investors in projects in northern Vermont.

Quiros “had no role” in preparing agreements signed by investors, Gordon said. Nor did he communicate with investors. And money he took out of a proposed biomedical research facility project in Newport was his to spend, Gordon said. The “very rich” immigrants in the EB-5 program, Gordon said, are “sophisticated investors” who knew what they were getting into.

“There cannot be a federal securities violation if he had no involvement in the preparation of the offering documents,” Gordon said.

Gordon told Darrin Gayles, the federal judge for the U.S. District Court in the Southern District of Florida, the case should be dropped. He argued the SEC has “no proof Quiros had any involvement whatsoever in the offering documents for the Jay Peak projects” and as a result, the SEC has no jurisdiction. Gordon suggested that investors could sue for breach of contract or for breach of fiduciary duty in lower courts.

Gordon fingered Bill Stenger, CEO of Jay Peak, as the potential source of alleged misrepresentations. Stenger, Quiros’ partner, was the primary contact for investors, the author of the offering memorandum given to investors and the general partner of six projects at Jay Peak and AnC Bio Vermont, Gordon said.

“Bill Stenger says he didn’t know where the money went,” Gordon said. “But he knew exactly how it would be spent.” 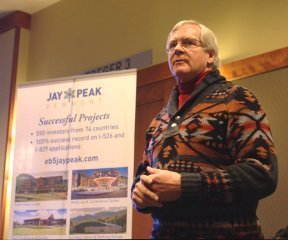 The SEC has charged Quiros and Stenger with 52 counts of fraud for running an alleged “Ponzi-like scheme” in which they misappropriated $200 million out of $350 million in immigrant investor funds. Of that amount, the SEC alleges Quiros used $50 million for personal expenditures. The federal court in Miami froze all of Quiros’ assets April 12 and put his business properties in the Northeast Kingdom under the control of an appointed receiver. Both men maintain they did nothing improper.

There is more than money riding on the outcome of the SEC case. The EB-5 program allows immigrant investors to put up $500,000 in certain rural development projects in exchange for a temporary green card and eventual permanent residency in the United States. About 400 investors out of a total of 700 in the Jay Peak and AnC Bio Vermont projects do not yet have permanent residency in the United States, according to documents provided to the court by the Vermont Department of Financial Regulation, which participated in the SEC investigation. The investors come from 74 different countries.

In the hearing Monday, it was as if the two sides — Gordon and the firm Berger Singerman versus litigators for the SEC — were arguing two different cases.

The lawyers for Quiros hammered on several broad themes for an hour and 20 minutes, offered 16 exhibits and did not question any witnesses. Gordon repeatedly interrupted the judge and his legal team objected to the many exhibits introduced by the SEC. Neither Quiros nor Stenger attended the hearing.

The SEC lawyers, on the other hand, brought reams of documents in boxes on dollies to the courtroom and spent about four hours meticulously interviewing witnesses about documents showing how Quiros and Stenger commingled funds and allegedly profited from the projects without the knowledge of investors. The SEC has submitted 183 exhibits for the case.

One of those witnesses, Felipe Vieira, an investor from Brazil, has started a new life in Stowe with his wife and daughter. He said he saved for two years and sold his farm and an apartment building before he was able in 2012 to invest $500,000 in the Stateside project at Jay Peak. Vieira said he moved to the United States to give his daughter better educational opportunities. 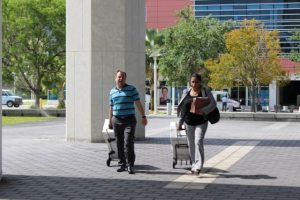 Stenger had promised Vieira would make a return of 4 percent to 6 percent a year on his investment and Vieira had hoped to use the proceeds to help support his family in Vermont. The returns, however, were much lower than advertised. Instead of $20,000 a year (at 4 percent), Vieira made about $3,000 total.

Stenger and Quiros spent $30 million to build the Stateside hotel, but the rest of the project was not completed, and only $6 million out of a total of $32 million collected from investors was spent, according to the Vermont Department of Financial Regulation. None of the 84 cottage units were finished, and construction of a promised recreational center was never started. Drawings for Act 250 permits for the medical center were not filed. The SEC says that the developers allegedly used money from Stateside to backfill cost overruns for other projects.

Because Stateside has not been completed, and 10 jobs per investor have not been created per the EB-5 program requirements, the immigration status of investors in the project is in jeopardy.

Vieira said he visited Jay Peak to see how construction work was progressing. Stenger never told him construction workers had walked off the job because they hadn’t been paid. Nor was Vieira aware that Stenger and Quiros had siphoned off money from Stateside to pay for other projects. On Sept. 30, 2015, there was less than $60,000 in the Stateside bank account, according to the Vermont Department of Financial Regulation.

Vieira works as a financial analyst for the Agency of Transportation, and his daughter is a junior in high school. She is taking AP science classes in order to enroll as a pre-med student, he said.

He told the court that his conditional green card expires in September.

“If my permanent green card is denied, basically I have to dismantle all this life,” Vieira said.

Bob Levenson, an SEC attorney, asked Vieira, “Did you get what you were promised?”

“Not at all. Nothing,” Vieira replied.

Quiros’ attorney, David Gordon says that tens of millions of dollars raised for the AnC Bio Vermont project was used as intended and as disclosed to investors.

The money was not held in escrow for the construction of the proposed biomedical facility. Instead, it was deposited in an account controlled by Quiros called Jay Construction Management and was used, according to Gordon, to purchase equipment and distribution rights for artificial organs that were to be manufactured at the facility.

Gordon said investors were given documents that showed $52 million was to be used for that purpose and once the money was transferred to Jay Construction Management, Quiros could control it.

More than $20 million of the money was paid to vendors for the project, Gordon said. 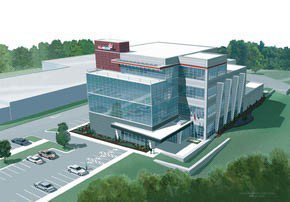 “There was profit in Jay Construction Management, and [Quiros] had the right to use it any way he wanted,” Gordon said.

Gordon said investors knew about the contract with JCM because it was provided to them in an offering memorandum for the AnC Bio Vermont project. “Every investor knew about it,” Gordon said.

The SEC countered that the contract with Jay Construction Management was listed among documents investors could request but was not provided to investors as part of an original offering memorandum from 2012. The state of Vermont later required an update of the AnC Bio Vermont offering memorandum in 2015 and in that version, the contract was included. Most of the investors in AnC Bio Vermont came in under the 2012 agreement.

Mike Piechak, the deputy commissioner for the Vermont Department of Financial Regulation, testified that Jay Construction Management is registered as a construction management company, but it has never paid employees and it has a business address in Miami, 111 Northeast 1st St., that Quiros has used for a number of other entities.

Quiros and another business associate, Alex Choi, held ownership of JCM, which was used as a holding company for the later three phases of the Jay Peak Resort developments and AnC Bio Vermont.

Choi and Quiros are also founders of AnC Bio Korea, based in Seoul. JCM paid for equipment from AnC Biopharm, a company affiliated with AnC Bio Korea.

Of the $69 million that Quiros and Stenger collected from investors in AnC Bio Vermont, only $10 million was spent on vendors for the project, according to the SEC: $1.5 million to NNE Biopharm for design of the facility; $2 million to PeakCM, a construction company, and $6.1 million to AnC Biopharm for equipment. The figures are based on amounts withdrawn from the JCM bank account.

Quiros and Stenger borrowed against the AnC Bio funds to make rate of return payments to investors, the SEC alleges. In 2015, for example, they took out a $330,000 loan from Citibank against AnC Bio Vermont investor funds to pay proceeds to investors in Penthouse Suites, the SEC says. That same year, they borrowed $445,000 from a Citibank line of credit based on AnC Bio Vermont to make a payment on returns owed to the Jay Peak Golf and Mountain Suites project investors.