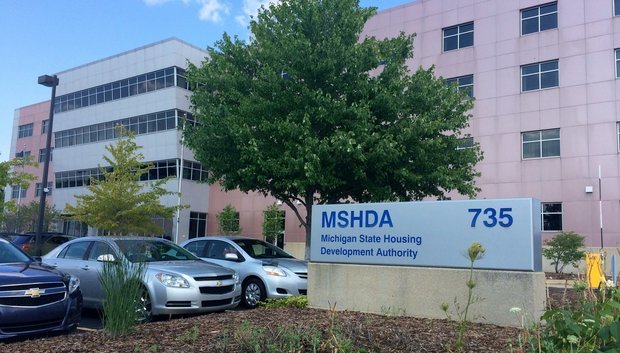 Scott Woosley, executive director of the Michigan State Housing Development Authority, is under fire for his business trip expenses.

A Michigan housing official has racked up more than $200,000 in expenses for himself and staff since taking over a state authority in late 2012, along with several reimbursement requests ultimately rejected upon review. MSHDA documents obtained by the Michigan Democratic Party through a Freedom of Information Act request.

Scott Woosley, executive director of the Michigan State Housing Development Authority, came under fire Thursday from the Michigan Democratic Party, which released expense reports and requests it obtained through a Freedom of Information Act Request.

The documents reveal that Woosley stayed in five-star hotels during overseas trips designed to lure foreign investors to Michigan, shared gourmet meals with co-workers and piled up big bills on both commercial flights and state-owned airplanes.

MDP Chairman Lon Johnson called the expenses “a betrayal of the dedicated workers at MHSDA who work every single day to perform their duties without stretch limos, state planes and luxury hotel stays.”

Woosley, for his part, has asked the Michigan Department of Treasury to review his past expenses and vowed to write a personal check for inappropriate reimbursements.

“There is too much positive action taking place at the state -- and at the Authority -- for any of this to get in the way of our forward momentum,” he said in a statement.

Woosley was hired by the MSHDA board in October of 2012. The quasi-governmental agency was created through statute in 1966 and is a component of state government.

The authority, which receives and distributes funding from government assistance programs but also sells tax-exempt bonds to cover operating expenses, was established to provide affordable housing options to low-income residents through public and private partnerships.

“Instead, these public funds were used to ensure that Woosley and other top staff at MSHDA enjoyed a first-class Donald Trump-like lifestyle,” Johnson said. “The price of this is even steeper than money.”

Johnson and Democratic House Leader Tim Greimel walked reporters through the documents on Thursday afternoon in Lansing, arguing that Woosley’s expenses are part of a broader pattern in the administration of Gov. Rick Snyder and demanding Woosley be fired, at the very least.

Among the questionable expenses:

The group dined on escargot, sautéed foie gras, banana flambé and more. But after asking all four diners to list what they ate, a MSHDA worker tasked with reviewing appropriate expenses adjusted the claim to $181.50. Woosley stayed two nights at the New York Palace on Madison Avenue during the trip at a cost of $876.82. He flew economy.

OVERSEAS TRIPS: Woosley, Michigan EB-5 Director Joe Borgstrom and Detroit Loan Mod CEO Moose Sheib made at least two trips to the Middle East in late 2013 and early 2014 to recruit foreign investors interested in working with the state to obtain an immigrant visa.

Woosley stayed at the Ibis Hotel in Dubai for $540 a night and a Ritz Carlton in Saudi Arabia for $480 a night. He submitted a $1,171 receipt for a three-person dinner at the Ritz’s Strata restaurant, one of several items a MSHDA official asked for more information about and ultimately reduced.

On another trip to Beijing, Woosley’s round-trip airfare in the “business elite” class cost $10,600.

ACCIDENTAL LIMO: Woosley and five other MSHDA officials traveled to Nebraska to meet with local investment authorities in June of 2010. But, due to a “miscommunication during the planning of the trip, the aircraft and ground transportation were directed to Omaha instead of Lincoln,” according to a memo from Woosley’s executive assistant.

Woosley ended up arranging a “stretch limousine” for the 70-mile trip. The total cost for 7.25 hours of service was $1,252.99, according to a credit card receipt.

It’s like “something out of a Bill Murray movie,” said Johnson. “...I guess you could sell the script and maybe recoup some of the losses.”

A handful of other receipts showed payments to companies with the word Limo in their name, but it’s not entirely clear what mode of transportation they provided.

TWO PEOPLE! On March 6, 2013, during a legislative conference in Washington D.C., Woosley said he discussed housing with a business client over lunch at the Fado Irish Pub & Restaurant and presented a receipt for $152.36. “2 people!,” someone at MSHDA later hand wrote on the receipt in apparent shock, noting that the “most expensive thing on the menu” was $16.95. MSHDA eventually revised the claim to $40.

Later that night, Woosley had “dinner” at the Hitching Post bar, submitting a receipt for $47.60 that included only two items: Glasses of El Dorado 15-year rum. A MSHDA worker crossed that off his expense voucher and he was not reimbursed. On the same trip, Woosley reported a $117.90 breakfast; the agency revised the voucher to $20.

LOCAL FARE: Woosley submitted a $377 expense for dinner with three colleagues at Dusty’s Wine Bar in Okemos. Staff who reviewed the receipt later revised the figure to $329.72. The total bill included some $225 in alcohol that Woosley did not expense. The meal concluded around 9:35 p.m., according to a receipt. Woosley, who lives in Metro Detroit, stayed the night at the Radisson Hotel in Lansing, which he expensed.

Snyder spokesperson Sara Wurfel told the Detroit Free Press, which first reported on the unusual expenses, that the administration expects business conducted on behalf of “Michiganders is done as cheaply and inexpensively as possible and to meet applicable, established guidelines.”

Update: “What I'd add is that there are systems in place to ensure that reimbursements are done according to state policy,” Wurfel told MLive in an email.

“This instance is being closely reviewed and analyzed to ensure that's the case or determine what happened, and Director Woosley has appropriately indicated he will immediately cover anything that may have been inadvertently but improperly reimbursed.”

Greimel urged Snyder to take swift action by firing Woosley and also called for legislative solutions, including a cap on out-of-state travel costs and limousines. He requested a review by the Michigan Office of the Auditor General.

Legislation establishing the authority allows an outside auditor to provide a review each year. In a financial statement, as audited by the Plante Moran accounting firm, the authority reported $758 million in revenue between June 30 of 2012 and 2013.

Woosley, founder of a commercial and residential real estate firm in Troy, said he would “never expect the state to reimburse what is not properly reimbursable or at a rate that would be inappropriate” and promised to repay anything that was.

“I will continue to do the good work we have started and that is to help meet the housing needs of Michiganders, tackle blight and build strong communities and neighborhoods as well as attract investment, capital, jobs, and economic activity,” he said.