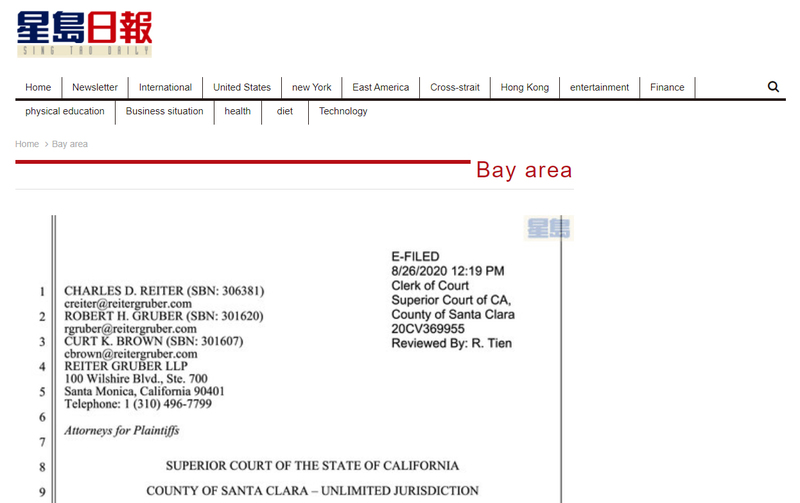 In the earlier widely reported case of Bethany Liou (Bethany Liou) suspected of investment immigration fraud, seven defrauded Chinese investors called on the public to stop being deceived. Seven investors heard from Liu Shulan in 2015 that there is an immigrant investment "Rose Garden Project" in the Bay Area in various cities including Palo Alto and Mount Mogan. Each person invested 550,000 yuan to obtain a green card. But this year, Liu refused the refund and audit request, and seven investors filed a lawsuit in August this year.

Seven Chinese investor representatives, Zou Xiaomiao, said that around 2014, Liu Shulan, in the name of the owner of the Golden California Regional Center, proposed to investors the "Rose Garden" investment project in the Bay Area. Investment immigrants only need to invest 550,000 U.S. dollars per person, and they will be able to recover their capital and profits after five years, but later development is not the same at all.

Zou Xiaomiao pointed out that seven Chinese investors began to invest 550,000 yuan each in the center in 2015, but after five years after the contract project was completed and the investment period reached, Liu Shulan found out that Liu Shulan had made false explanations about the use and whereabouts of the funds and embezzled the principal and the 4% annual interest that should have been issued to investors in accordance with the contract for Liu Shulan’s personal use; and when investors checked the project funding requirements, they took evasive and deceptive practices, even in the case of investors’ lawyers. Under warning, continue to deceive and threaten investors.

Seven investors could not accept this kind of fraud by the Golden California Regional Center and stopped applying for the investment immigration green card. In July 2020, they requested Liu Shulan for repayment and audit through a lawyer. After receiving the request from the representative lawyer, Liu Shulan did not provide the fund status, refused to refund the investment amount, and threatened to lure investors to achieve the purpose of non-repayment.

All seven investors filed a lawsuit against Liu Shulan on August 26 this year and pointed out that Liu Shulan is now avoiding receiving the complaint in various ways, including changing the address of residence and having no one to receive the document, in an attempt to delay the complaint.

Zou Xiaomiao pointed out that the seven Chinese investors who were defrauded by Liu Shulan were not the first victims. Liu Shulan was ordered by the US Securities and Exchange Commission to return US$50 million on November 4, 2019, for suspected fraud and illegal misappropriation of 45 million US dollars from 90 investors. Liu Shulan also has a series of lawsuits. Defendants defrauded, obtained fraudulently, and illegally occupied other people's property and real estate.

All seven investors are seeking a court order requiring Liu Shulan to return a total of US$3.85 million in investment principal and management fees, an annual investment return of 10%, punitive fines, and mental injury. The seven Chinese investors hope that more people will know about Liu Shulan's fraud and call on everyone not to be deceived. Our reporter Wang Qingwei reports from Mountain View.