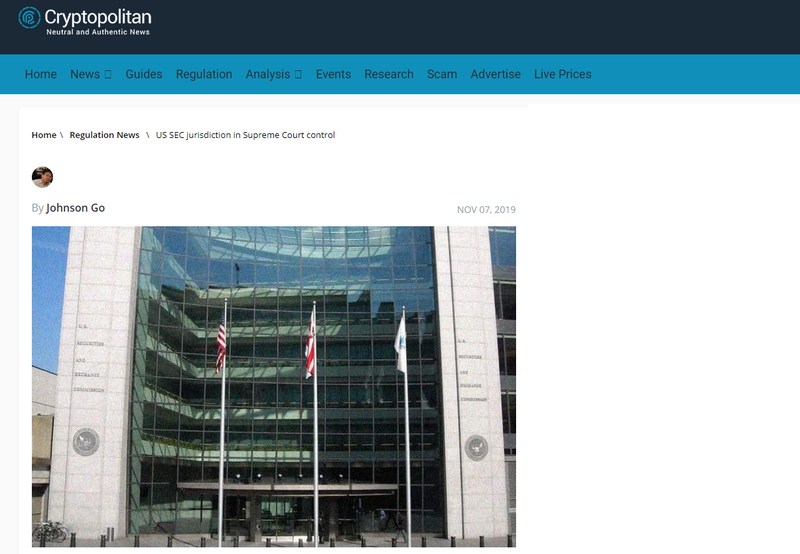 The United States Security and Exchange Commission – SEC jurisdiction is at the mercy of the country’s Supreme Court. The Supreme Court of the United States of America has recently agreed to hear a case from California that challenges the SEC’s ability to recovering the ill-gotten profits that were obtained via misconduct.

The enforcement agency in 2017, won a court ruling that required Liu and Wang to submit about twenty-seven million dollars, the exact sum they raised from the foreign investors for building a cancer treatment center that was never completed.

As a part of SEC’s civil enforcement arsenal, the disgorgement required the defendants to submit the government of the United States, the money that was obtained from fraud.

SEC in this regard, stated that the agency generally passes on the disgorge funds to those who were the original investors, even though it is not a necessary step in this specific case. This year, the enforcement agency has returned about $740 million to the affected investors.

The Californian couple Liu and Wang raised the whole money from the fifty investors, who were expecting that they would be getting a U.S visa.

According to the EB-5 visa program, wealthy foreigners could obtain U.S. immigration visas for themselves or their families by investing around five hundred thousand dollars in some development projects.

This federal EB-5 program has lately raised concerns, as it can lead to many scams.