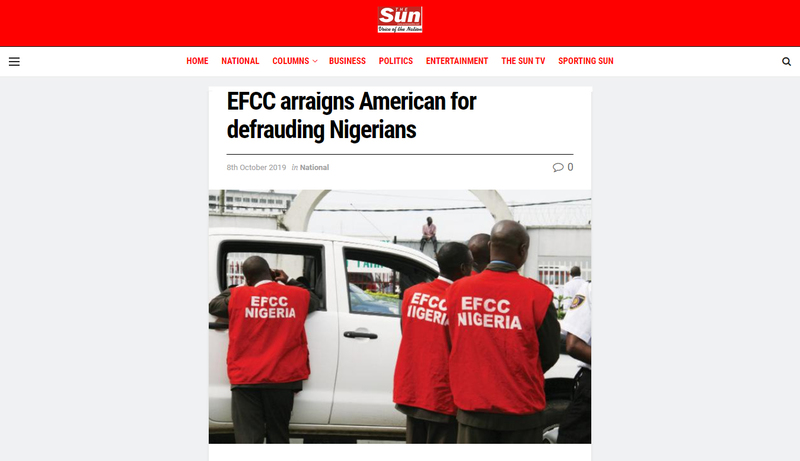 The Economic and Financial Crimes Commission (EFCC) yesterday re- arraigned an American, Marco Ramirez, at the Special Offences Court, Ikeja, Lagos for allegedly defrauding Nigerians in a green card scam.

EFCC alleged that Ramirez was a serial fraudster having been previously arraigned on similar offences. According to the anti-graft agency, he was earlier arraigned before Justice Josephine Oyefeso, on 16-counts charge bordering on conspiracy and obtaining money under false pretences.

At the resumed hearing yesterday, Ramirez and his companies were re-arraigned on a fresh nine-count charge bordering on obtaining money by false pretences. He allegedly defrauded two Nigerians: Gabriel Edeoghon and Oludare Talabi of $388,838.

“He falsely represented to the defendants that the funds were investments into his companies in the Employment-Based Fifth Preference (EB-5) United States of America Investor Programme. He informed the complainants that their investments would qualify them to be eligible for a USA green card.

Earlier, he was admitted on bail in the sum of $250,000 which was complied with and the court yesterday allowed him to continue enjoying the bail and adjourned the case until October 10 for trial.