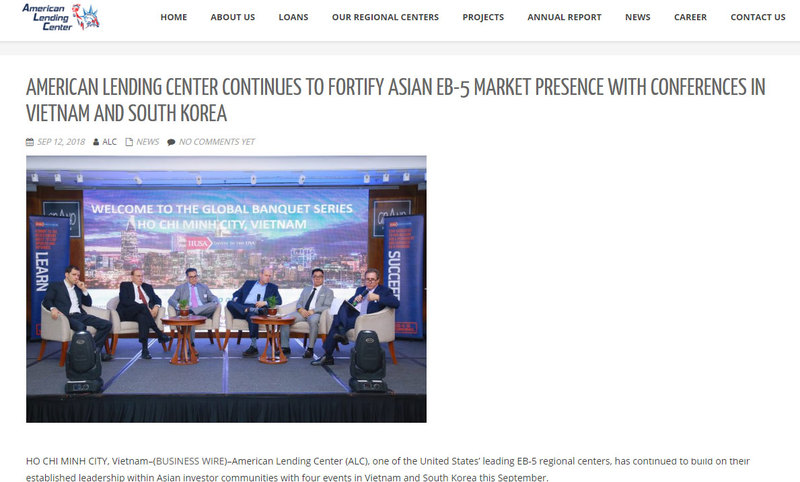 American Lending Center (ALC), one of the United States’ leading EB-5 regional centers, has continued to build on their established leadership within Asian investor communities with four events in Vietnam and South Korea this September.

“We see an incredible growth opportunity partnering with Vietnamese communities and want to showcase our commitment to demonstrating the highest level of service as well as a deep understanding of the current American political and investment climate,” stated Thompson.

The ALC President also represented the company at the 2018 EB-5 Expos in Ho Chi Minh City and Seoul as well as the IIUSA Global Banquet Series. Thompson spoke on expert panels to audiences at each event in Vietnam and South Korea on the current state of EB-5 program legislation, effects of new federal memorandums on investors in backlog, and the pitfalls for investors waiting in retrogression and obtaining and maintaining temporary visas. ALC partnered with each of the event’s hosts, IIUSA, the leading EB-5 industry trade association, and EB5 Investors Magazine, as a sponsor.