The promise of millions EB-5 brought to Vermont is dead, 200 investors at risk

Once upon a time — in 2012 — Vermont's EB-5 program was touted as an economic engine with nearly unlimited potential.

Jay Peak principals Ariel Quiros and Bill Stenger had just announced a plan to bring more than $500 million of foreign investors' money into the Northeast Kingdom, and bring jobs to the state's poorest region.

That dream vanished with the revelation of what investigators said was a massive Ponzi-like scandal orchestrated by Quiros and Stenger. The pair were alleged by the U.S. Securities and Exchange Commission to have misused more than $200 million in EB-5 investor funds, including at least $50 million "misappropriated" by Quiros for personal use to pay his taxes and buy condos in New York, among other expenses.

The fundamental promise of the EB-5 program is green cards for the foreign investors whose money is supposed to be used to create jobs in depressed regions of the country.

Now that federal regulators have terminated Vermont's EB-5 program, 200 investors are at risk of never receiving their green cards.

Quiros and Stenger raised the lion's share of EB-5 funds in the state since the program's inception here in 1997, about $423 million. But another $109 million was raised by a variety of other projects, including Trapp Family Lodge in Stowe. There were hundreds of jobs created by both construction and expansion not only at Trapp and Mt. Snow and Sugarbush ski resorts, but especially at Jay Peak. 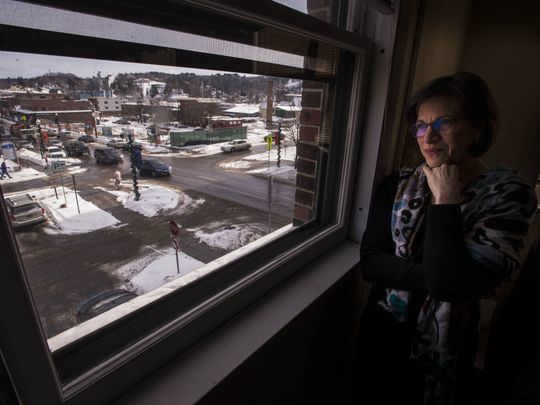 Laura Dolgin, Newport's city manager in February 2017, looks down from the top floor of City Hall at the infamous hole on Main Street left when Jay Peak owner Ariel Quiros' grand plans for the town collapsed under the weight of federal and state fraud accusations.

Johannes Von Trapp solicited 40 foreign investors to raise $20 million to build a brewery and beer hall, as well  improve the cross-country ski resort's hotel. Von Trapp said all the construction is completed, and all his investors have their conditional green cards, but none have their permanent green cards.

"It's unfortunate that some bad actors took advantage of the state's trust and are now causing trouble for a lot of people," Von Trapp said.

The state had argued for winding down the state-run program in Vermont to give the remaining investors the opportunity to receive their green cards and the return of their investments, which could take years.

"It was our plan not to take on any additional projects as we allow current projects to run their course," Pieciak said.

Both Quiros and Stenger have settled civil cases with the SEC and the state but still face possible criminal investigation. 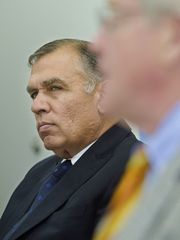 U.S. Citizenship and Immigration Services, the federal agency overseeing the EB-5 program, said Vermont's Regional Center failed to fulfill its oversight and monitoring responsibilities, "which are integral to satisfying obligations set for in the EB-5 regulations."

USCIS blames the Vermont Regional Center for the debacle at Jay Peak, which is still being cleaned up. The agency is particularly harsh in its criticism of the agency's handling of the AnC Bio project, a biomedical plant planned for Newport that collected $83 million from 166 investors. Nothing was ever built.

The federal agency seems particularly rankled that despite these concerns the state regional center "remained silent" while 83 investors forked over more than $40 million in 2014-2015.

Pieciak said the state has 33 days to file an administrative appeal with USCIS. If that is rejected, the state can appeal to a federal district court judge.

"One of the reasons we're going to make a forceful appeal is the 200 investors in process right now who would potentially lose out on immigration benefits, not just at Jay Peak but at other projects," Pieciak said.

Those other projects are at Mt. Snow, which built a lake to hold water for snowmaking, and at Trapp Family Lodge. 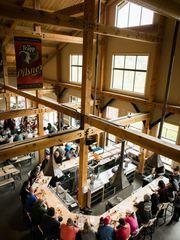 USCIS acknowledges in its notice of termination that some investors could be harmed, but essentially says, tough luck.

"The fact that some investors' immigration status may be jeopardized who did not invest in those project or whose funds were not diverted is not enough to overcome the problems associated with the Regional Center's diversion of EB-5 funds," the notice concludes.

Johannes Von Trapp conceded Vermont's EB-5 program is a "huge mess," but says the question is how to clean it up.

"The state had requested an orderly wind-down of the regional center, and that would appear to be the simplest and most equitable course to follow," Von Trapp said. "I'm surprised USCIS didn't go along with it."

He is hoping that by the time the state's appeals wind their way through the courts, his investors will have their documents and "it won't matter anymore."