Gov. Scott and Michael Goldberg explain the recent EB-5 financial settlement at the Statehouse in Montpelier on Thursday, April 13, 2017.

There's no getting around it — most of the investors who trusted Ariel Quiros and Bill Stenger with $500,000 each in EB-5 investments in the Northeast Kingdom are going to take a financial beating. Many may lose more than half their money.

Even under the best case scenario, where the state of Vermont seizes Quiros' remaining assets, and Jay Peak sells for $100 million — 10 times the amount of profit it made last year — nearly 550 investors will be lucky to get back about $200,000 each.

Michael Pieciak, commissioner of the Department of Financial Regulation, knows Vermonters are unlikely to shed tears for foreign investors who were looking for a shortcut to U.S. Citizenship. But Pieciak says there's more at stake than investors' wallets.

"Vermont's reputation and brand," Pieciak said. "That's where the concern is."

Former Jay Peak owner Quiros and his partner Stenger raised $348 million from nearly 700 foreign investors who bought into the promise of success they were selling in the Northeast Kingdom.

In April 2016 it all came crashing down when agents from the U.S. Securities and Exchange Commission swooped into Stenger and Quiros' offices and began seizing records. The state worked alongside the SEC to investigate Stenger and Quiros; both the state and the feds took enforcement actions.

Quiros settled with the SEC for $81 million, turning over Jay Peak Resort, condos in New York and other properties to satisfy the judgment. The SEC will sell the properties, Pieciak said, and regardless of where they land — either above or below the $81 million — Quiros will be off the hook with the federal settlement.

Stenger, who claims to be dead broke, will pay the SEC a $75,000 fine to settle his federal case.

Now it's the state's turn in its civil lawsuit against the pair. 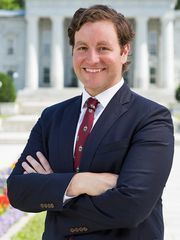 Michael Pieciak, commissioner of the Department of Financial Regulation

Pieciak figures Quiros still has $8-$10 million worth of real estate, in Vermont and elsewhere, and he wants it for the investors. That's why he has asked the court to freeze Quiros' remaining assets.

As commissioner of the Department of Financial Regulation, it's Pieciak's job to clean up the mess left behind by Quiros and Stenger, in conjunction with the Attorney General's Office.

"The defendant can't walk away with $10 million of his own money, much of which we allege was misappropriated," Pieciak said.

In his answer to the state's motion to freeze his assets, Quiros complains that he has already agreed to turn over to the SEC properties worth more than his "alleged ill-gotten gains from the Jay Peak Projects." Quiros is accused of keeping about $50 million for himself, so he claims in his motion the $81 million settlement with the SEC should more than cover it.

Not so fast, says the state in a reply to the court. Quiros knows, the state maintains, that he is "jointly and severally liable" for the ill-gotten gains of a partnership with Stenger that raised nearly $350 million from investors — "a sum well beyond the $50 million that Quiros used for his personal benefit."

Now it's up to Judge Mary Miles Teachout in Vermont Superior Court in Montpelier to decide whether to freeze Quiros' remaining assets. Oral arguments are scheduled for April 2.

Assistant Attorney General Kate Gallagher said last week she will ask Teachout for an "almost immediate ruling" on the freeze because she's concerned about a federal freeze on Quiros' assets being lifted as a result of his settlement with the SEC.

"I'm concerned if (the state freeze) doesn't go into place right away when the federal freeze lifts there will be a window of time when he could mortgage the properties," Gallagher said. 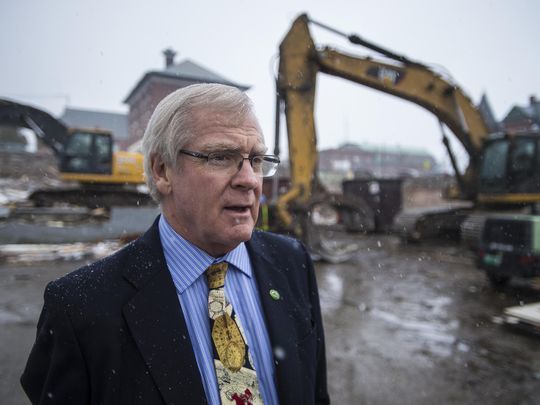 What about Stenger, who says he has nothing left?

"We certainly don't see him as having the same kind of role that Quiros had, but we see significant issues with his conduct," Gallagher said. "Whether there are assets or not, there's a sense of accountability we'd like to see there."

Not enough to go around

The bottom line Vermont's EB-5 debacle: Despite the efforts of the SEC, the Vermont Department of Financial Regulation and the state Attorney General's Office, about 550 of the 700 investors are left holding the bag for about $264 million that likely will never be recovered, according to Pieciak.

A settlement with Raymond James for about $150 million was used to pay off various creditors, including a variety of Vermont contractors, as well as approximately 170 foreign investors. The settlement also funded $20 million of final construction at the Stateside Resort at Jay Peak. Quiros and Stenger used Raymond James accounts to shuffle money around, authorities say. 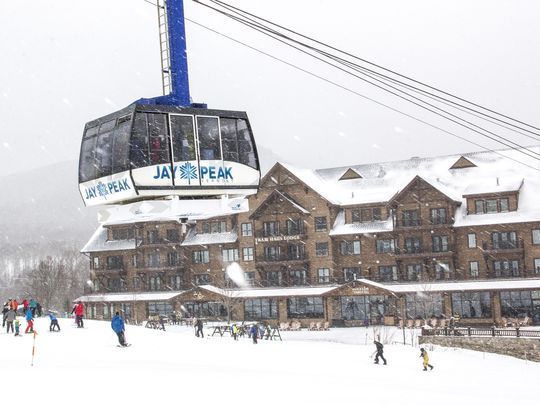 As Michael Goldberg, the federal receiver now running Quiros and Stenger's properties, dryly put it in a March 3 affidavit, "Even after the Raymond James and SEC settlements, the investors in Phases II through VI have not been repaid any of their principal investment, which totals approximately $264 million."

The money from the sale of Jay Peak and other properties received in the SEC settlements "are not likely to be sufficient to fully repay the principal investments" of those investors, Goldberg concludes.