The owner of a 6-acre swath of vacant land on the west side of Indio – once pegged to become a 120-room hotel – pleaded guilty to fraud and money laundering charges on Nov. 27 related to a $50 million scheme involving a federal immigration program.

Victoria Chan, 35, and her father operate CIIF Hotel Group, which owns a triangle of open desert on the southwest corner of Highway 111 and Jefferson Street in Indio.

For years, signs in English and Mandarin have advertised forthcoming restaurant and hotel space on that corner. But the site has remained untouched.

Federal authorities say that's because the property was one of nine sites used by the Chans in a scheme to get green cards for foreign nationals, most of them in China.

“This fraud scheme subverted the federal immigration process, which resulted in dozens of foreign nationals obtaining green cards they were not entitled to receive,” Acting United States Attorney Sandra R. Brown said in a statement.

In court documents, Chan admitted that CIIF and related companies collected more than $50 million from foreign investors seeking to participate in the government's EB-5 visa program, which allows wealthy foreigners to receive a green card in exchange for investing at least $500,000 in a development project that creates, at minimum, 10 permanent jobs.

Chan was instrumental to the visa fraud scheme, according to court documents. She admitted this week to submitting 130 EB-5 visa applications, telling immigration authorities that the money had been used to create jobs and fund construction. Instead, the funds were stolen, refunded to investors while their visa applications were still pending or used to purchase million-dollar homes, court documents say.

"When siphoning EB-5 investors' funds to use for personal expenditures, (Chan) acted with the intent to defraud and concealed from investors that she and her father were improperly using those funds for their personal purposes," Chan's plea agreement reads.

Most of the investors were Chinese nationals. Authorities say that among the ranks of people CIIF helped to obtain green cards were wanted fugitives in China.

Chan and related owners have agreed to forfeit eight of the nine properties linked to the scheme, which authorities say are worth $25 million.

That includes the site in Indio. Court documents show that the federal government in September received court approval to sell the 6.4-acre property south of Costco in La Quinta.

The property has not yet traded hands, according to Riverside County property records.

Investigators say the alleged scheme goes back to 2008, when CIIF was started in Garden Grove.

CIIF's involvement in Indio appears to be more recent. In 2012, CIIF Hotel Group paid $2.25 million to buy the Indio property. City records show that Indio's planning commission in 2015 approved plans to build several restaurants and a four-story hotel on the site. 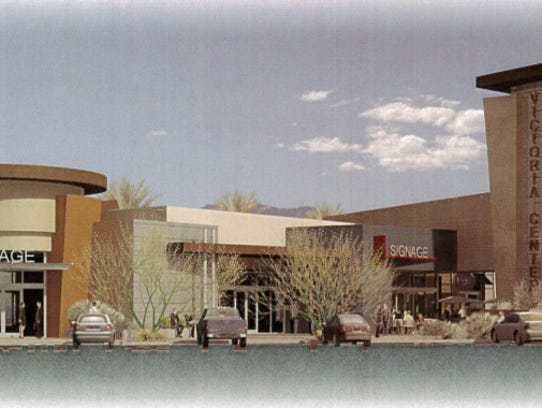 A rendering for an Indio development from CIIM Hotels, a company whose owners are being investigated for fraud. (Photo: Rendering by Prest-Vuksic Architects, from City of Indio documents)

But the land remained undeveloped, and in January 2017, the city granted developers a one-year extension to the project's entitlements.

In a Nov. 28 email to The Desert Sun, Indio Development Director Les Johnson said the city has not heard from CIIF for "several months" and does not have any further information about the property's future.

Chan, an attorney who lives in Los Angeles County, faces a statutory maximum sentence of 45 years in federal prison as a result of her guilty pleas. She is scheduled to be sentenced on July 9, 2018.

An ongoing investigation into CIIF is being conducted by the FBI, U.S. Immigration and Customs Enforcement and the IRS.

The Immigrant Investor Visa, or EB-5, program dates back to 1990. But as the popularity of the program rose during the recession, government officials and news reports have raised concerns about the program for failing to deliver promised jobs and neglecting to vet applicants properly.

This is also not the first time the program has drawn scrutiny in the Coachella Valley. A dispute involving EB-5 has also ensnared the Indio Fashion Mall. In 2016, a group of sixteen investors from Taiwan and China sued the owners of the shopping center, saying they invested money with the understanding that they would receive green cards in exchange for funding mall renovations.

Work on the mall never started. Investors say their visas were denied.