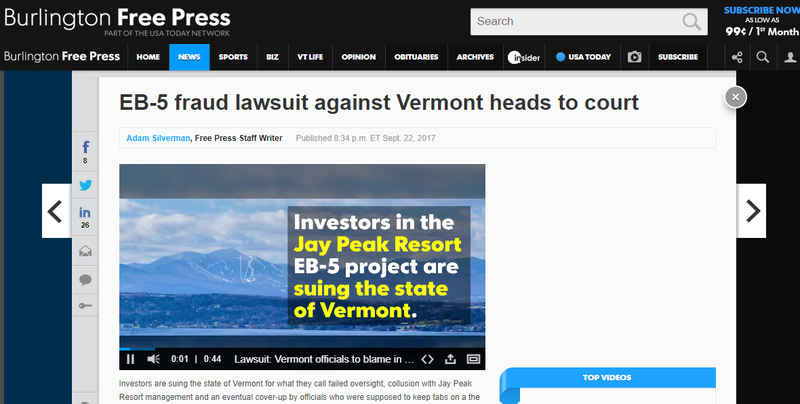 The question of whether Vermont government leaders were complicit in the massive Jay Peak Resort fraud case moves for the first time to a courtroom next week.

A number of foreign investors are suing the state for damages related to what they call failed oversight, collusion with Jay Peak management and an eventual cover-up by the officials who were charged with keeping tabs on a project that turned into a Ponzi scheme.

Monday morning in Vermont Superior Court in Hyde Park, lawyers for the investors and from the Attorney General's Office are expected to argue chiefly about whether the government should be immune from the lawsuit, whether the case should be dismissed outright, and whether the investors are entitled to dig into state records to search for evidence, said Russ Barr, a Stowe attorney who represents the investors.

"This is a state agency that was set up by a few folks to operate as a Wall Street brokerage house, and it clearly has imploded," Barr told the Burlington Free Press this week. "That is not a traditional government function, and they should not be immune from suit."

The lawsuit, filed in May, alleges the Vermont Regional EB-5 Center and Jay Peak became in essence "partners in the largest fraud in Vermont history and the largest EB-5 fraud in U.S. history," involving hundreds of millions of dollars from foreign investors. 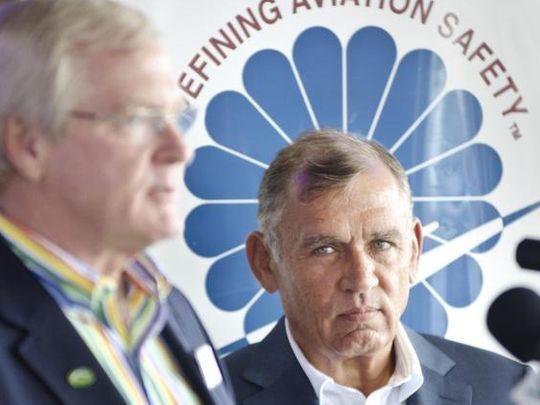 The state ignored and then retaliated against whistleblowers "to silence the revelations of fraud," the complaint alleges, and then conspired to protect itself as the scheme unraveled.

Vermont lawyers plan to file a motion to dismiss the case by Oct. 8, Attorney General T.J. Donovan said Friday. He declined to disclose the reasons his office would cite.

"We will do our job and defend the state of Vermont," Donovan said. "I'm not going to discuss the merits of the case or the state's arguments." 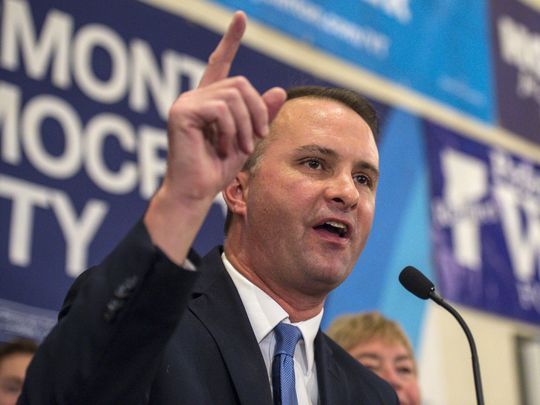 The lawsuit initially was filed by Antony Sutton, a Jay Peak investor from suburban London. New court papers filed Friday show that four other investors have joined the case. Barr said he would ask the court to make the case a class action.

Defendants include the Vermont Regional Center, the Agency of Commerce and Community Development, the Department of Financial Regulation and a number of current and former state officials who were involved with the project.

The federal EB-5 visa program offers a path to permanent U.S. residency for foreign nationals who contribute at least $500,000 to projects that create jobs in rural or economically depressed regions.

The federal Securities and Exchange Commission, along with Vermont authorities, alleged in 2016 that Miami businessman Ariel Quiros and his Vermont partner, former resort President and CEO Bill Stenger, orchestrated a "Ponzi-like" scheme of fraud starting when Quiros purchased Jay Peak in 2008.

Investors contributed hundreds of millions of dollars for seven projects in the towns of East Burke, Jay and Newport through the EB-5 program.

The investor lawsuit states many who hoped for a better life in America by contributing money instead lost everything — after being enticed by promises that stringent government oversight made their investments a safe bet.

"The Jay Peak Investors each left their home countries, liquidated their assets, displaced their families, and turned over their life savings to the fraud at the Jay Peak Projects," the lawsuit states.

Added Barr, the lawyer: "It's not just Quiros and Stenger. The government was involved."

"Evidence in the record indicates that the Regional Center's failure to provide adequate oversight and monitoring of its projects allowed the alleged malfeasance by Quiros and Stenger to occur," USCIS wrote.

The administration of Republican Gov. Phil Scott said the center would be "winding down" and accepting no new projects but defended the state's conduct and asked USCIS not to shutter the center immediately.

In leveling accusations against Quiros and Stenger, neither the Securities and Exchange Commission nor state investigators alleged "any wrongdoing or lack of oversight" by the regional center itself or by Vermont officials, a lawyer for the state wrote to USCIS. "The State played a vital role, together with the federal government, in investigating and unraveling the alleged Jay Peak fraud," the response stated. 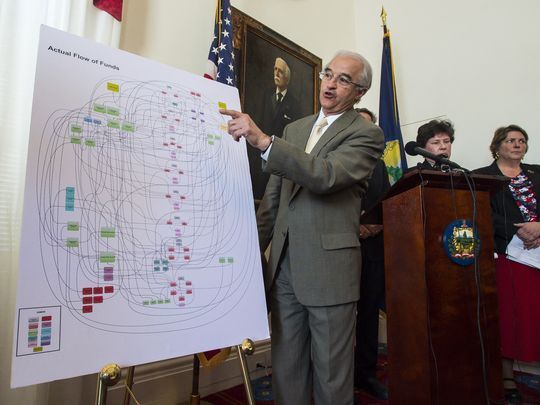 The SEC accused Quiros and Stenger in a civil complaint of misappropriating $200 million from the foreign investors. The government also alleges Quiros diverted $50 million for personal use.

Stenger settled his case with the SEC. In August, lawyers for Quiros said he had decided against contesting the SEC charges without admitting or denying wrongdoing, but plans to argue over damages.

The allegations were civil rather than criminal, but federal prosecutors in Vermont have said a criminal probe is ongoing.