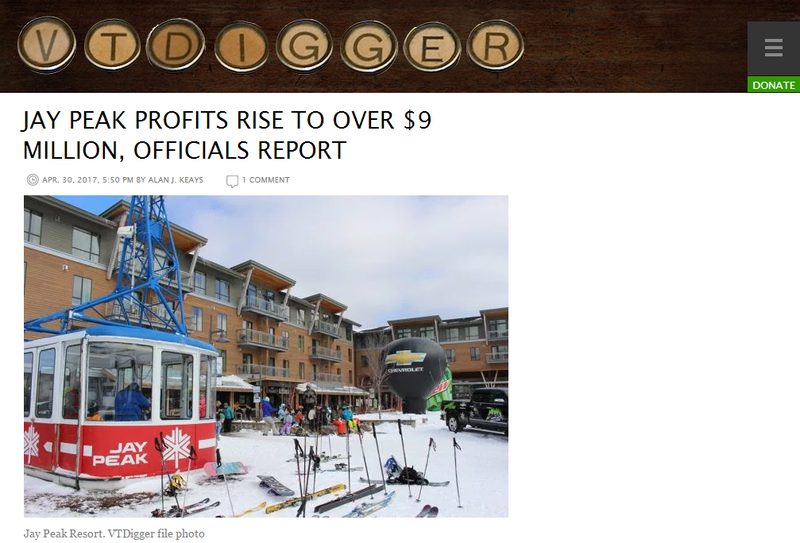 Jay Peak Resort is reporting a big bounce-back year, buoyed by increased snowfall and the shedding of costs associated with operating an EB-5 immigrant investment program that led to fraud charges against the past operators.

It’s difficult to make a comparison to the preceding fiscal year because of the state of the financial books when the property was placed in receivership amid fraud allegations against owner Ariel Quiros, say officials now running the operation.

However, they estimate that profits quadrupled in the fiscal year just ending, compared with the previous one, from $1.8 million to more than $9 million.

“It’s clear that we had a good year. It’s clear that it was significantly more efficient. The great snow season helped tremendously,” said Michael Goldberg, the receiver who has been overseeing Quiros’ properties since the allegations were brought against him a year ago.

Since those cases were brought against the two men, all of Quiros’ assets, including Jay Peak and Burke Mountain resorts, have been in the hands of Goldberg, appointed the receiver by a federal judge presiding over the U.S. Securities and Exchange Commission case.

“We know we’re not magic makers,” the receiver said last week. “We got a little lucky here with the snow, and we continue to pray we get lucky as we go forward.”

Goldberg added, “We were really nervous a year ago. Now we’re optimistic. … What could have been a real disaster here, with this thing going dark, it never went dark, we never missed a payroll.”

In addition to profits, revenue at the resort increased, according to Steve Olson, CEO of Leisure Hotels and Resorts, the management company appointed by the court to run and maintain Jay Peak resort as well as Burke Mountain.

Olson estimated that revenue at Jay Peak rose from about $35 million to more than $50 million, with books expected to close on the resort’s fiscal year at the end of April.

He credited everyone from resort staff and leaders to officials with the receivership with helping to create the turnaround, terming it a “team effort.”

The resort reported receiving 491 inches of snowfall this ski season, double the 206 inches from the previous one.

“Early season snow help a lot,” said Steven Wright, Jay Peak’s general manager. “We were all expecting a slow start due to the receivership, people not wanting to commit money to us because of the status.”

“The people who come here are a different breed,” Wright said. “We asked folks to stick with us and they did.” 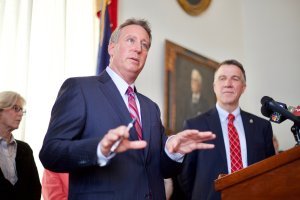 The profits, Goldberg said, are going back into making improvements at the resort and to help build up reserves.
“This summer we may need some cash, so we’re keeping the profits in there to keep the hotels running and just conserve cash,” he said. “If we have a good summer, we’ll build up cash.”

Investors, he said, will see the returns when the properties emerge from receivership and a new owner is in place.

“The next payment the investors are going to get is when the hotel is sold,” Goldberg said. “We’re not dishing cash out to anybody right now.”

Olson said that when his management team arrived at Jay Peak in April 2016, “critical services” were threatened to be shut off, contractors hadn’t been paid for work, and bills had piled up from businesses that provided services to the resort.

“There were no reserves going into the summer season from the winter season,” he said. “We had to do something quickly, not overanalyze. The first thing to do was to eliminate all unnecessary expenses.”

Compounding the cash flow woes, the aerial tram was in need of $4.9 million in repairs. A fix made last year allowed it to open for this ski season, with more work now underway. The tram closed in early April for those repairs and is expected to reopen in June.

One of the first areas of cost savings, Olson said, came from the resort’s initiative raising money to fund projects through the EB-5 program.

“The focus clearly was upside down at this operation,” he said. “The whole thing really was being operated as a fundraising mechanism to drive EB-5 investors to keep building properties, and operations, staff and cost controls came second.” 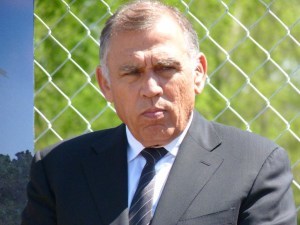 Quiros and Stenger, according to regulators, used $350 million in a “Ponzi-like” scheme to fund development projects, including a series of massive upgrades at Jay Peak.

In early April, Goldberg announced a nearly $150 million settlement with Raymond James, a financial firm that regulators say had been used by Quiros to carry out the scheme.

Olson said more than $1 million in expenses, including money to fund consultants and travel, was eliminated right from the start from the resort’s EB-5 initiative.

And working with Wright, who was promoted from head of the resort’s marketing department to the facility’s general manager after the investor fraud allegations were raised, they came up with a business plan moving forward.

“The trick in getting things done, you have to have buy-in. The problem with that property is it was all a top-down system. Management told you what to do and you did it,” Olson said. “Our system, we’re bottom up, we’re there to support them. … It’s a team effort.”

He said that after an initial look at the operation he estimated the resort could raise profits substantially, coming up with a plan projecting $4.7 million in profit over the year, based on an average ski season.

Over the summer demand increased for the resort’s ice rink and water park. There was also a boost in the number of weddings at the hotel, and a weeklong Porsche Parade event helped bring in about $1 million alone, resort officials said.

Goldberg credited Olson, Wright and resort staff with helping to turn the facility around.

“Leisure is the company with the hotel expertise,” he said, with someone on site at least weekly, providing support to Wright and his staff in running the facilities.

“Leisure is looking through everything and making sure the efficiency are being put in place and getting it more up to speed,” Goldberg said. “Everybody reports to me, I get monthly financial statements from them, we do calls all the time.”

Leisure Hotels and Resorts takes a 2.5 percent management fee from all gross receipts, with the company receiving, at a minimum, $45,000 a month in fees, plus $9,000 for accounting services.

At Burke, the resort is projected to lose a little under $2 million this season, though Olson said that facility operates on a different fiscal year than Jay Peak. Burke’s year runs from Oct. 1 to Sept. 30, while Jay runs May 1 to April 30.

Both Goldberg and Olson said the expected loss is less than what was projected, which had been estimated at more than $4 million after the takeover.

At that time, financial controls were found to be lacking and senior management was dismissed, The resort’s operation was reorganized, with some office functions, such as accounting, consolidated at Jay Peak.

Several factors should also bring more people to the mountain, Goldberg said, including a new ski lift going in this summer, improved relations with Burke Mountain Academy, an elite ski school, and the resort’s designation in December as a training site for the U.S. Ski Team, Goldberg said.

The increased snowfall this season, coupled with investments in snowmaking, helped boost the resort’s bottom line, providing an extended ski season that ended in early April.

“Burke’s a brand new hotel that opened in September,” Goldberg said, adding that some people were uncertain due to the investor fraud cases if it would open at all.

That doubt, he said, put a damper on advance bookings, including for events like weddings at the 116-room hotel and conference center at the base of the slopes.