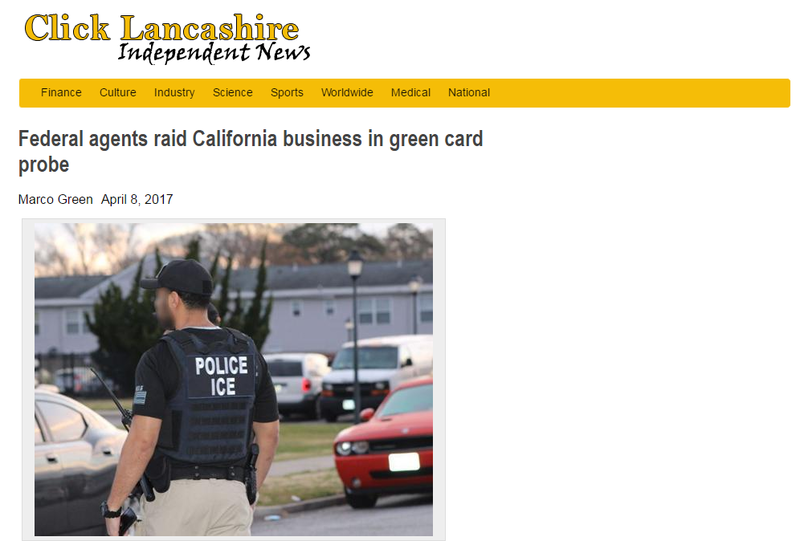 Authorities raided the offices of the California Investment Immigration Fund in San Gabriel, along with a home in Arcadia and a townhouse in El Monte, according to a search warrant application unsealed Wednesday in Los Angeles federal court.

Under a US government program, foreign investors who commit at least half a million dollars to job-creating development projects in designated areas can obtain green cards.

LATimes.com reports: After years of sleuthing, federal agents Wednesday raided San Gabriel Valley homes and an office that investigators have linked to an alleged multimillion-dollar immigration and finance scam that allowed wealthy Chinese investors to obtain US residency. If a project ultimately meets the visa program's requirements, the investors are granted permanent legal residence in the U.S.

PREMISES said to be connected to a US$50 million visa fraud that benefited up to 100 Chinese nationals were raided by federal agents in California on Wednesday.

Prosecutors contend in the affidavit that several people who took advantage of the program to come the United States were fugitives on China's 100-most-wanted list.

No charges were filed Wednesday and no arrests were expected, said Laura Eimiller, an Federal Bureau of Investigation spokeswoman. The site appeared the same a few months ago and no construction permits had been pulled, Chen wrote.

The money, as part of the EB-5 Visa program, was supposed to be used to support legitimate businesses and create jobs.

Critics say numerous investments purportedly aimed at assisting poor areas of the USA have instead wound up going to projects in more affluent neighborhoods.

The latest scandal, following on earlier fraud cases in Vermont and South Dakota, comes as the U.S. Senate debates the future of the program.