Governor Scott has plan to expedite disclosure of EB-5 records 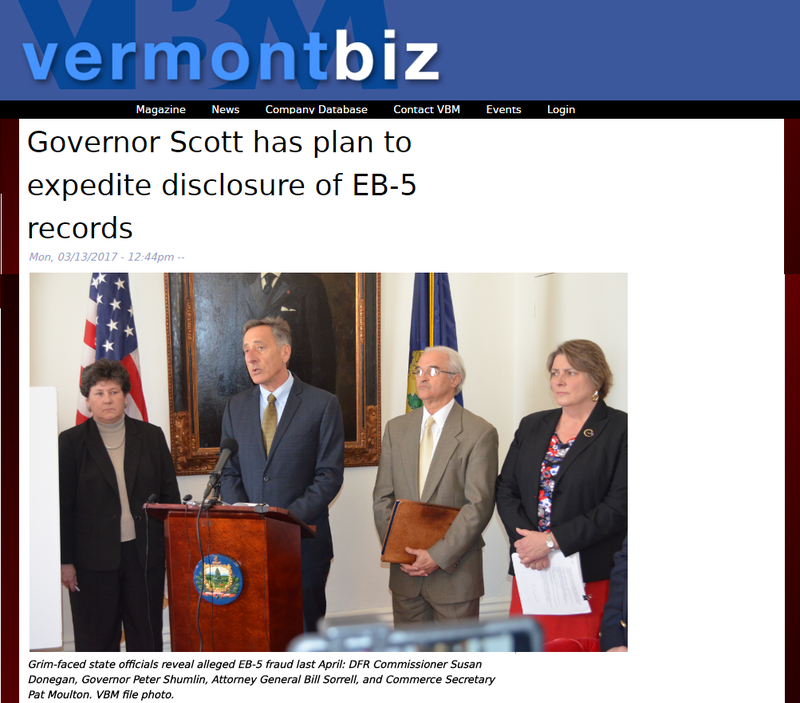 Governor Phil Scott today released his Administration’s plan to expedite public disclosure of records relating to EB-5 (immigrant investor) projects in the Northeast Kingdom in connection with alleged fraud case against Ariel Quiros and Bill Stenger. In February, Scott directed the Vermont Department of Financial Regulation (DFR) to develop a plan that would accelerate the release of documents, while protecting the State’s ability to enforce the law and maintaining the integrity of the State’s civil lawsuit against Quiros, Stenger and multiple corporations and partnerships.

“This matter is one of the largest alleged fraud cases in Vermont’s history and a matter of significant public interest, so I feel it is important to release documents in as timely a manner as possible,” Scott said. “I’ve advocated for transparency to restore faith and trust in government and in the EB-5 program, while also ensuring the release of information does not jeopardize the legal cases brought by the State or federal government. Our top priority is to preserve the integrity of the legal process so the State can effectively enforce its laws.”

The Administration’s disclosure plan, developed in consultation with the Vermont Attorney General’s Office, dictates that DFR will track the discovery process – the process through which the State would disclose documents to defense lawyers as part of its civil enforcement case. As EB-5 project documents from the State’s files are produced to the defendants, the State will file a motion with the Court that would allow for the public release of those documents, as further detailed in the Administration’s disclosure plan. If the Court grants the motion, the State will make those documents available to the public. 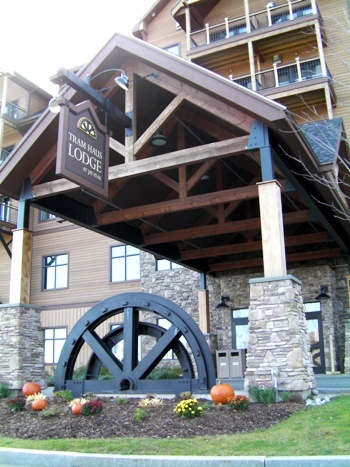 “This plan balances the Governor’s goals to inform the public on this important matter, with ensuring we uphold the integrity of the case,” said DFR Commissioner Michael Pieciak. “Releasing the documents as they are disclosed to the defense will result in a far faster public records disclosure process than is typical in litigation, where documents are only disclosed after the case closes. In this case, that could be years away, but through our proposal we anticipate disclosure to begin in a matter of months.”

The discovery schedule has not yet been set for the State’s civil enforcement case, but the formal discovery process is expected to begin by late spring. As detailed in the disclosure plan, documents would be released and made available on the DFR website on a rolling basis, when produced to the defendants and approved by the Court. This process is likely to continue through the end of 2017.